Valley of the Moon Vintage Festival

The year was 1897 and the scourge of phylloxera, the louse that had decimated the vineyards of Sonoma Valley had finally been defeated. Much of the credit for this viticultural victory was due to the investigation by valley vineyardists Horatio Appleton and Oliver W. Craig, who isolated the insect with the help of the biologists at the University of California.

This was the best grape harvest since the vines began to wither in 1877. The younger generation of the families of winemakers Jacob Gundlach, Charles Bundschu and Emil and Gustav Dresel felt it was time for a celebration. Although their business headquarters and warehouses were located in San Francisco, their “Rhinefarm” east of the Sonoma pueblo boundary was the source of their finest grapes.

So what better place to celebrate than at their ranch? It was named for the river that flowed by their birthplaces in the old country, where the families had made wine for generations and these immigrants to the United States had acquired their enological skills. Besides being hard-working, they were clever, witty and fun-loving clans — and still are. To prepare for the festival that they envisioned, the three families wrote skits and humorous songs, designed costumes and practiced lively dances.

They were not only clever but also generous. The entire Valley was invited to join in the fun, enjoy their pageant of music, dancing, melodrama and humor in a lovely area called “The Vale of Pansies.” Best of all, the wine was free to all comers.

Obviously an instantaneous success, the festival became an annual event conducted at the Rhinefarm with new songs, events, picnic lunches and the wine gratis. The second year the highlight was a Greek drama entitled “The Victory,” written specially for the festival by Benjamin Weed, a well-respected dramatist (a performance stage at U.C. Berkeley was named for him).
The event was symbolic of the rejuvenation of Sonoma Valley viticulture. At the Paris Exposition in 1900, Gundlach-Bundschu won a gold medal with its Cambertin and a Dresel vintage won a first place at the 1904 World’s Fair in St. Louis. In 1906, a young Samuele Sebastiani scraped together enough savings from his one-man rock cartage business to make a downpayment on a small winery, married a local 16-year-old girl, Elvira Eraldi, and launched a dynasty.
The enactment of Prohibition in 1920 killed the grape growing business and the harvest — some gallonage for “personal” use and sacramental wines excepted — and the annual good times became a matter of memory. Even with repeal in 1933, the vintners were slow to make a comeback and many of the established growers were picking pears instead of grapes.

In 1947 some of the boosters in the local Chamber of Commerce and the wine growers felt that now that World War II was over, the Valley needed an event to provide entertainment for locals and a promotion to attract visitors. Revival of the old Vintage Festival seemed a natural choice to the committee of civic activists, who organized what became the Valley of the Moon Vintage Festival.
The obvious central location for the event was the Plaza. Back in 1900, those 8 acres would not have been particularly attractive since the double block in the center of town was still a lumpy dusty field. But led by the Sonoma Valley Woman’s Club starting in 1900, tons of soil and fertilizer were donated and a large financial contribution was made by Phoebe Apperson Hearst to develop and beautify the Plaza. Trees and shrubs were planted and lawns seeded. The City Hall was completed by 1908, a library constructed in 1913 with $6,000 from Andrew Carnegie (now the Visitors’ Bureau), and the Italian fountain installed with funds contributed by the Sebastiani family and donations raised by Tom Vella. The Bear Flag monument made the scene with great fanfare in 1914 and the beautification plan was completed the following year. Later in front of City Hall another fountain was built by the Sonoma Kiwanis. Over the following decades the natural growth of the trees added to the grandeur, and the duck pond and children’s playground made the Plaza an ideal place for family outings.

The result was a charming and practical site for art exhibits, food stands, games, sales booths, picnics and wine tasting. For the purposes of a festival parade, the setting was ideal since the marchers could circle the Plaza in the streets with the spectators viewing from the sidewalks. The nearby Mission, historic buildings and the Swiss Hotel provided 19th surroundings.

For several years, a centerpiece of the revived festival was a tableau written by civic-minded Celeste Murphy, co-owner and former editor of the Sonoma Index-
Tribune. The climax of that historic dramatization was the double wedding of two daughters of the Mariano Vallejos, Natalia and Jovita, and two sons of the Agoston Haraszthys, Arpad and Attila, on June 1, 1863. The re-enactment of the wedding – with members of the wedding party arriving by carriage in authentic costumes – remains a standard element of the festival. It is historically inaccurate in one regard: The wedding is staged at the Mission when in reality the ceremony took place at the Vallejo home, Lachryma Montis.

Old-timers relate how for years the town kicked off the revived festival with a community dinner held behind the Sonoma Community Center, where both home and commercial winemakers served their wines in an informal competition.

Soon the Valley of the Moon Vintage Festival Association was organized to manage the event, with members elected annually. In 1952 the opening ceremony became the blessing of the grapes held in front of the Mission with the actual blessing performed by a priest from St. Francis Solano Church, assisted by a layman in monk’s garb and altar boys from St. Francis. This tradition continues, as does the Sunday parade, including floats, marchers (both serious and humorous), horsemen and women, musicians, including the Town Band and the “Other Town Band” (very much resembling the first musical troupe), and dozens of bands, quartets, guitarists, vocalists in different Plaza venues, including the Grinstead Amphitheater.

For many years in addition to the main parade there was a charming young people’s parade (our now-grown children still preserve their blue ribbons to remember it by), which unfortunately has been discontinued.

Schools and service organizations raised money and provided sustenance and fun through food stands and games. Over the years the display of artists and artisans, primarily local, but also from throughout northern California, has expanded. There are also sales of items from “fair followers” who spend weekends peddling jewelry, carvings, and clothing at community events.
In recent years the underlying purpose of the Festival, to celebrate the grape harvest, has been re-emphasized by well-organized wine tasting with almost all of Sonoma Valley’s wineries participating. For a reasonable charge visitors can pick up a souvenir etched glass and taste several wines with issued tickets. Out-of-towners as well as Sonomans are introduced to the varied bouquets of the best of the best from the Valley.

Two increasingly popular events are the grape-stomping contest where teams in bare feet squeeze grapes into measured juice buckets, and competing fire departments use high-pressure fire hoses to drive barrels back and forth along Spain Street. The spray is welcome on a hot day.
There are now several other popular celebrations in Sonoma including the Salute to the Arts, Fourth of July and Ox Roast, and Cinco de Mayo. But the Valley of the Moon Vintage Festival remains the home-grown celebration which is a reminder of the history of the birthplace of commercial wine in the west.

Gerald Hill is co-author with his wife, Kathleen Hill, of more than 20 books including “Sonoma Valley: The Secret Wine Country,” “Napa Valley-Land of Golden Vines,” and “The People’s Law Dictionary.” His radio program “Hill on History” is broadcast on KSVY, 91.3 FM, Tuesdays at 2 p.m. 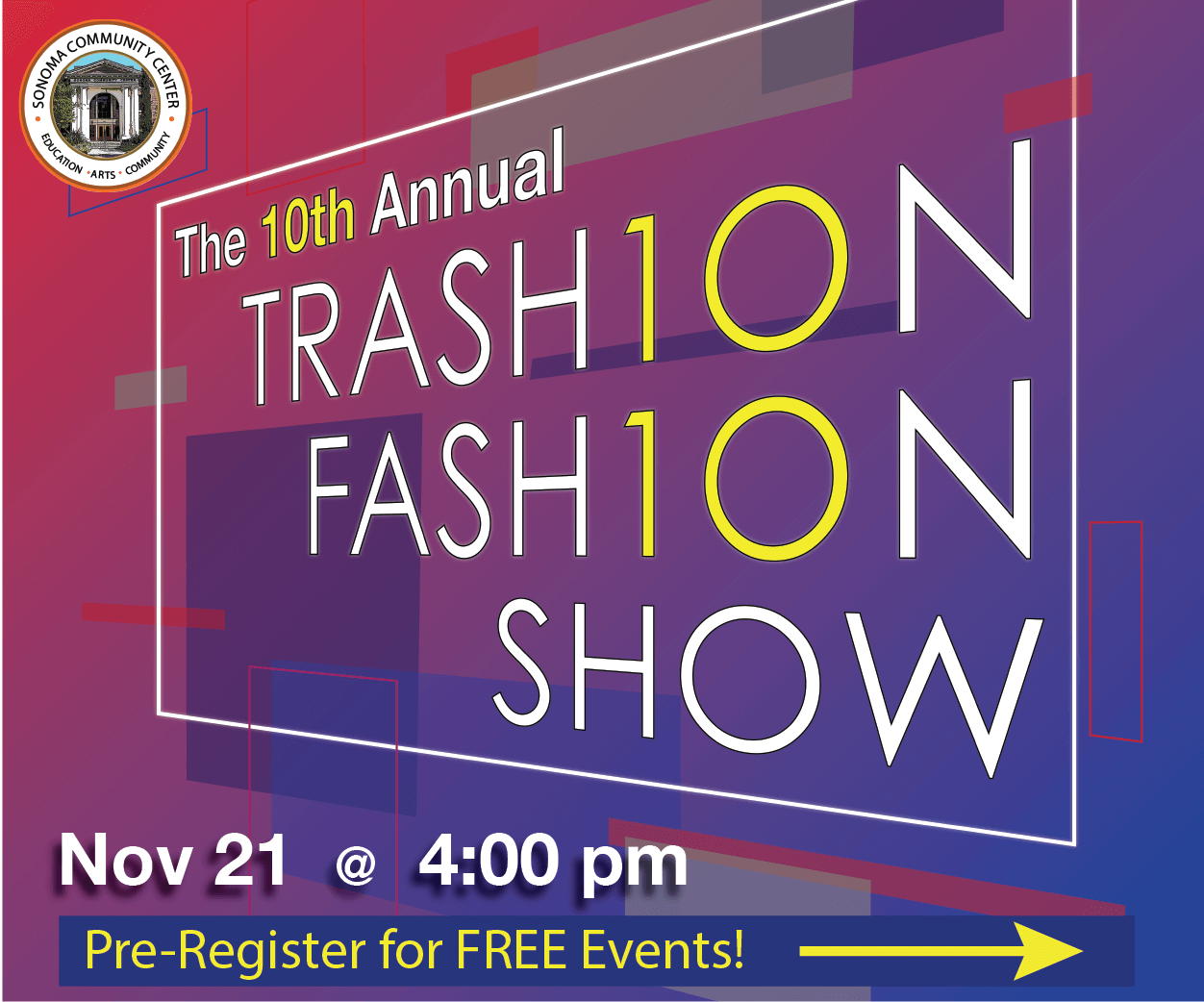