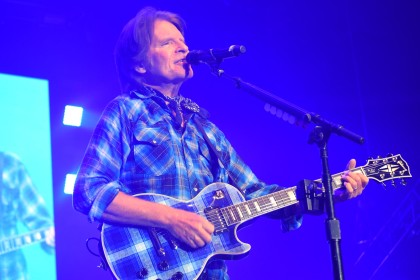 John Fogerty, a successful solo artist since his Bayou-busting heyday as songwriter and frontman for Creedence Clearwater Revival, will open the Sonoma Music Festival on Friday, October 7 at Sonoma’s Field of Dreams.

Bruce Cohn’s 30th annual music event – the first 28 were held at his namesake winery – then welcomes The Steve Miller Band and Dave Mason on October 8, and, closing the weekend on October 9, Country rocker Toby Keith.

Tickets go on sale Wednesday, June 10 at Sonomamusicfestival.com. Cohn said the inaugural Sonoma event in 2015 sold a record number of tickets, held the first night time shows , with video screens, and raised a money from both concessions and auctions that drove the total he has donated to charities over the years to nearly $7 million.