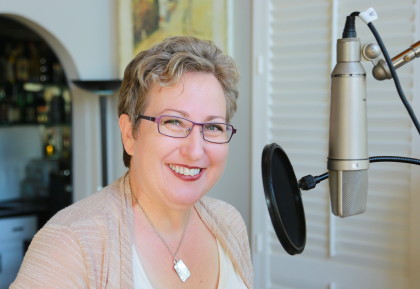 An accomplished singer and actor, Curran Reichert had just finished a stint in the role of Mother Superior in a production of the musical “Nunsense” in New York. “I gave God an ultimatum,” she said. “‘If there is something else I should be doing with my life, tell me now.’”

The next day she enrolled at Auburn/Union Theological Seminary in NYC. “Aids/HIV was plaguing the theater community and the ‘church’ was doing little to respond, and this was very hard for me to understand,” she said. “I wanted to be a part of closing that gap.”

Rev. Reichert succeeds the Rev. Nancy Taylor who served as pastor of the local congregation from 2006 to 2015 before moving back to the East Coast.

She was followed at FCC by Interim Minister, Reverend Alan Claassen of Sonoma, who will now become the Interim Minister at the Community Congregational Church in Tiburon, where, in a serendipitous twist, Reichert had served as pastor for the past eight years.

In addition to serving the UCC congregation in Tiburon, Reichert served UCC churches in Westwood, Mass. and Princeton, Illinois. A 1990 graduate of UC Irvine with a degree in Drama, Reichert earned her Masters of Divinity at Pacific School of Religion in Berkeley in 2000 and went on to earn a Doctor of Ministry degree at Chicago Theological Seminary in 2008.

A native of Southern California Reichert attended high school in Santa Rosa and will become the 40th pastor of the congregation, which was founded in 1871. The theologically and socially progressive Christian congregation is an “Open and Affirming” church within the United Church of Christ, welcoming all people as members and friends regardless of age, gender, ethnicity, nationality or sexual orientation, including its ministers. As such, Reichert will serve as the second Lesbian minister of the congregation after the Rev. Nancy Taylor.

Reichert is married to the Rev. Katie Morrison, an ordained Presbyterian minister and a certified public school teacher. The couple has a young daughter and they recently purchased a home in the Sonoma Valley, where the family has taken up residence.

Visitors are welcome for the 10:30 a.m. service, which will take place in Burlingame Hall, on the campus of FCC, at 252 West Spain Street.