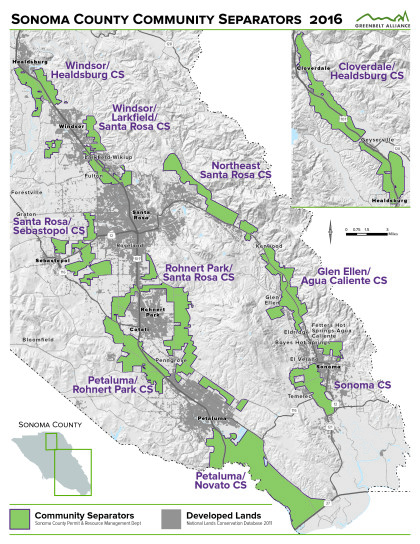 Longstanding greenbelt policies protecting open space and farmland between Sonoma County’s towns and cities were renewed for another 20 years by a resounding margin Tuesday.

More than 80 percent of Sonoma County voters cast a yes vote for Measure K, which needed a simple majority to pass. The vote ensures that 53,576 acres of designated community separators can’t be rezoned to higher density or commercial use without a countywide vote.

It also tripled the amount of land protected, expanding from 17,000 acres to more than 53,000. There is no cost to the public.

The existing separators, approved in 1996, were set to expire this year. If they were not renewed, the county would have risked opening the door to new sprawl development, said Teri Shore, Regional Director for Greenbelt Alliance in Santa Rosa, a leader in the Yes on Measure K campaign.

“This landslide victory shows that we are united in keeping our greenbelts here in Sonoma County,” Shore said. “Measure K was supported by just about everyone.”

By expanding the natural landscape and farmlands surrounding our livable urban communities, said Dee Swanhuyser, a Greenbelt Alliance board member, “Sonoma County citizens added momentum to the work ahead of us to create climate resiliency and economic vitality that will ensure a healthy future for generations.”

Greenbelt Alliance also supported and helped pass Measure Q to renew the City of Cotati’s Urban Growth Boundary (UGB) for another 30 years to 2048. That UGB expires in 2018.

Community separators complement cities’ urban growth boundaries by safeguarding adjacent unincorporated open space and farm lands. “They have enabled Sonoma County to hold back sprawl and prevented us from making the mistakes made in other parts of the Bay Area,” said Shore.

Measure K was endorsed by all five county supervisors, more than 250 community leaders, conservation groups, farmers, housing advocates, developers and businesses. No opposition argument was filed for the voter guide. 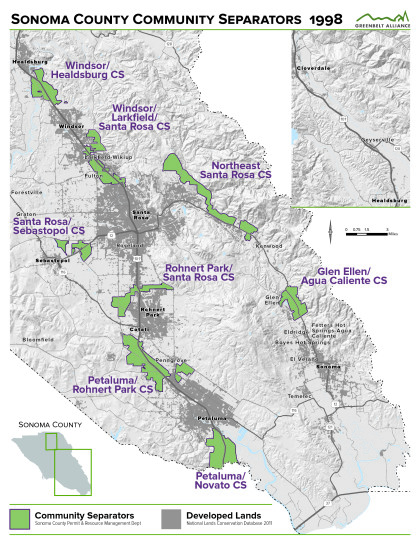