Another close encounter with UFO Jim 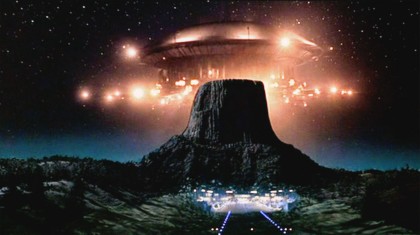 Jim Ledwith says that he’s been abducted by aliens and that his favorite vacation would be as a detainee at Area 51 or walking Crop Circles in Southern England. With a lifelong interest in unidentified flying objects, extraterrestrials and other mysteries of the outer dimensions, who better than UFOJim to lead the UFO Lecture Series at the Sonoma Community Center?

On Monday, November 6, the topic is “Planet Serpo – The Human/Alien Exchange Program,” as Ledworth reveals secrets of the (alleged) planet, some 39 light years away. A being from that Earth-like world survived the infamous Roswell crash in 1947, the theory goes, and masterminded the super-secret Project Serpo – a journey by 10 humans to the alien planet.

It’s said that Stephen Spielberg was leaked some of the project details, which he famously used in “Close Encounters of the Third Kind.” UFOJim will explain the “exchange program footage” seen in the film.

The event includes an interview with researcher Len Kasten, author of “Secret Journey to Planet Serpo — A True Story of Interplanetary Travel.”

One thought on “Another close encounter with UFO Jim”