The Long Road Home — The Spiritual Journey of MC Yogi 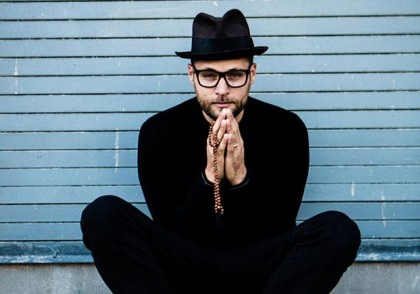 By Adam Borowitz | Special to the Sun

A young man who left Sonoma and ventured forth on a spiritual quest returns this month to share what he discovered along the way.

Nicholas Giacomini, a Hanna Boys Center graduate and perhaps best known by his stage name MC Yogi, is considered one of the leading ambassadors for yoga in the West.

A release party for the book is scheduled for Friday, November 17, at the Hanna Boys Center.

He’s been featured in the New York Times, taught yoga at the White House and introduced thousands to the benefits of the ancient yogic sciences at studios and large yoga festivals across the country. He is also the creator of a unique genre of ultra-positive hip-hop that layers chants, traditional Indian music and Eastern spirituality over thick beats. His first album, “Elephant Power,” came out in 2008 to rave reviews. Four more albums and various remixes were to follow, the most recent of which, “Ritual Mystical,” debuted at number one on the iTunes Electronic Charts.

But yogic fame and musical success did not come easy.

Giacomini’s early years were rife with confusion and chaos that included drugs, violence and numerous brushes with the law. After being thrown out of every school he attended, he eventually landed at Hanna Boys Center, the Sonoma home for at-risk youth at 17000 Arnold Drive that’s been helping young men turn their lives around since 1945.

For a young Giacomini accustomed to various unwholesome activities, the transition to living at the center was not easy.

“I didn’t like it at first. I was used to partying ever night,” said Giacomini. “I was getting straight F’s, going around painting graffiti, stealing my parents’ car.” In time, however, the growing pains subsided and a personal transformation began to take root.

“When I went to Hanna I could focus and get my grades up and all that bad stuff just started to fade out,” said Giacomini. “My experience was super positive. I made really great long-lasting relationships there and the staff became family.” 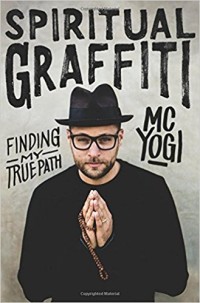 “Living at Hanna Boys Center was a real turning point for me,”” he said. “It gave me the structure I needed to turn my life around. The staff, teachers and the boys became like family. I have great memories and will always be grateful to Hanna.”

The book also chronicles his experiences after leaving the center, which include practicing with renowned yoga masters, hanging out with one of the Beastie Boys, and finding the love of his life, among other things.

A release party for the book is scheduled for Friday, November17, at the Hanna Boys Center.

“The book is essentially my journey from darkness, confusion and chaos, traveling a winding path that led me — thanks in large part to my teachers — to discovering the practice of yoga, the practice of writing music, graffiti, hip-hop,” said Giacomini. “It’s me looking back at all the crazy chaotic things that happened in my life and understanding that they happened for a reason… that they were pointing me in a direction.”

Giacomini first witnessed the power of yoga when his father, who had recently taken up the practice, visited him at the Hanna Boys Center. He noticed his father was more at ease than usual and more physically fit than ever before.

Once he graduated from the center, Giacomini moved back to his childhood home of Point Reyes Station, where his father invited him to try yoga for the first time. Gathering in a small storage space inside a feed barn with a handful of carpenters and others from the community and stretched into a yoga pose for the first time.

“I felt that I was really lucky because when I was 17 getting ready to turn 18 I discovered yoga through my dad, and it wasn’t because he was trying to push it on me,” said Giacomini. “I just noticed out of the corner of my eye that he had been transforming, that he was changing, he was becoming happier, healthier and easier to be around and more joyful and I started to catch wind about that.”

It wasn’t long before Giacomini began noticing a similar transformation in himself, one that occurred so quickly that he found himself struggling to adapt.

“There were times in the beginning that I became a little fanatical, overzealous, the path of becoming a yogi became all-consuming. I was changing so fast,” said Giacomini.

From that point on, he was hooked. He moved in above the San Francisco yoga studio owned by Larry Schultz, the man who created the style of yoga now practiced in most modern yoga studios. He took up daily yoga and meditation routines and read voraciously on the subject. He traveled to India and studied with masters and went on pilgrimages to holy mountains.

Every aspect of his life became imbued with the wisdom and bliss yoga offered. He even met his wife and collaborator Amanda Giacomini at a yoga teacher training and the two have remained inseparable ever since. 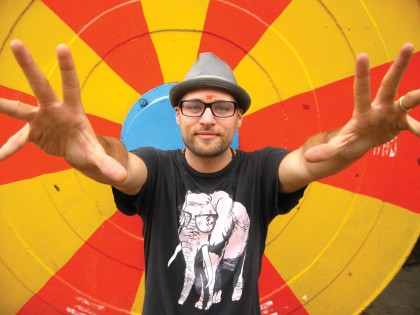 They would go on to open a studio in Point Reyes Station — it was initially called Yoga Toes but has since been renamed Point Reyes Yoga — that continues to operate today. Though nearly 20 years have passed since his first yoga class, Giacomini continues to deepen his relationship with the ancient practice. For him it is an elixir that improves every aspect of his life while continuously opening up new opportunities and possibilities.

“If you are serious about a spiritual practice, whether its yoga or meditation or whatever it is for you, and you give yourself to it completely, it is going to open doors where there used to be walls,” he believes. “It’s going to reveal things to you that are greater and more awesome than you can possibly imagine.”

“And that’s why I wanted to share the story I tell in the book, to let people who are just in the beginning phases of their journey know that there are going to be ups and downs, heartache, loss, pain, suffering,” said Giacomini. “But if you stick with it, it is going to carry you through to where you can really become established in that space where there is peace in the midst of all the pain.”

Nicholas Giacomini’s November 17 appearance includes an inspirational talk, appetizers, drinks, and a reading and book signing. Tickets, available at Hannacenter.org, are $65 and include a copy of the book. All proceeds benefit the center.