Call me a complainer 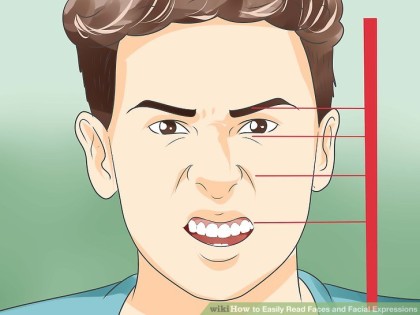 A certain narrative is being promulgated in town. In this narrative, some community members are tagged as complainers or members of a vocal minority. For example, at a city council meeting, a comment was made to me by the owner of a local business, “here to do some more complaining?” This tagging, name calling, and laying on of disrespectful comments accomplishes one goal.

The goal is to delegitimize community members and their ideas through the making of demeaning and sarcastic comments. This type of delegitimization has been commonly invoked about the pink door and leaf blower controversies. Pink door and leaf blower people are seen as trivial. This trivializing scorn was and is still used even by the local paper of record. Others use demeaning tags to negatively characterize the rich and powerful, or citizens concerned with civic issues like tourism, wine tasting, affordable housing, town character, and type of development.

A dynamic gets set up. People with differing opinions (belief systems and primary assumptions), heap scorn upon each other, and this begets hatred and disrespect. The end result is intractable dispute, which is what Sonoma has on many fronts. The scorn bubbles out in comment sections and on Facebook, an ongoing war of different interests where all talk and few listen. Sonoma has turned into a zero-sum game, with few actors looking for a win-win.

What could the local competing interests be that cause such disrespect? In very general terms, as I see it, one side is the growth cohort, for whom economy, and Manifest Destiny, American-style capitalist ideology is primary. Growth people believe all natural resources that contribute to endless consumption will keep appearing from a limitless frontier, with no apparent costs. Growth people see their views as self-evidently true.

On the other side is the conservation cohort, who believe in various forms of sustainability, social and environmental justice, and a carrying capacity future, one that does not rely on an endless increase of consumption to be successful. Sustainability people see their views as self-evidently true, and in my opinion, there is more factual basis for this view.

What is really at stake here is how human systems on earth are conceived of and framed, and what is then seen as desirable, smart, intelligent, practical, adaptive, sustainable, etc. I have attempted various ways to frame the context of Sonoma disputation: it’s a class issue; greedy vs. sharing; a racial redlining issue; exclusive vs. inclusive; a Social Darwinist/religious/ traditional/ every dog for himself ethos against one more empathetic and inclusive; a fire and brimstone Jesus versus a compassionate Jesus belief backdrop; a strict father versus nurturing family ethos; economic bottom line only versus triple bottom line. At the end of the day, the camps seem to break down into those who see money and economy as primary, and those who have wider horizons.

A recent meme has opened up about how moving out of California is salvation from the excesses of Progressivism run amok. This is red state/ blue state stuff. A lot of Sonoma disputation revolves around an essential red-blue dichotomy. In Sonoma, complainers are blue state people who want their conservative little town to be bluer.

Just what man’s place in nature is, and what a reasonable and solid future might be, is open to question. Unfortunately for us as humans, the bulk of our reality is socially constructed, so even while we can conceive of and create objective, substantive scientific information, reason still must be filtered by highly subjective cultural assumptions (beliefs, not facts), that while fundamentally similar, differ enough to put us in endless Tower of Babel conflict. We’re screwed by our own smarts and interpretive abilities.

In the Age of Trump, formerly disputatious topics have now taken on a new level of cutting edge delegitimization. Science and objective information are fake news; human caused climate change is a joke, our enemies are all of a sudden our friends, dictators and autocracy are good, the educated are deluded; California is the evil empire, immigrants are rapists and animals; the world is turned upside down. Whatever we think, it seems to be OK to hurl insults with barely a thought. After eight years of Obama obstructionism, only a thin veneer of comity now separates us from real civil war. I can see how easily it might happen.

The Trump factor has contributed to the lowering of the tone of local discourse. A new level of overt disrespect is now sanctioned. Like Trump, a simple tag repeated over and over will do. Concerned citizens are “newcomers”, delegitimized as non-resdients, as complainers, and trivial leaf blower idiots. And what do the delegitimizers then expect? We all live happily ever after? No, once the scorn is brought out it lowers the common denominator to swampish levels. Scorn begets hate and disrespect.

All scorn mongers and taggers are responsible here, for helping create a bad situation.

The real work for wanting to have a say in local issues is not on Facebook or in the comment section anyway; it is being involved and showing up, and commenting to actual decision makers, developing relationships with different players, learning the full context, knowing how the city and county work, and making informed, substantive, and decorous comments. Being involved is a long-term process that takes concentration, dedication and work. Facebook is a diversion that all too often degenerates into name calling. Facebook segregates into tribes of like-minded folk who find it easy to create enemies, to stoke a sense of community and solidarity… Human behavior stays the same regardless of communications format.

Maybe because on the big issues the Sonoma city council is divided, there is really no hope of a larger community win-win; all votes are telegraphed ahead of time when growth vs. conservation issues are at stake: Cook and Edwards generally on one side, Hundley and Harrington generally on the other, and everyone trying to work on Agrimonti to win. What could a newly-elected council bring us? A growth majority? A sustainability majority? More split stalemates and a purgatory hell for two years? Three votes would sure do good for anyone’s program.

The city bureaucracy sees the need for income, and appears to be growth biased, just to stay afloat, even if sustainability ideals would be nice in a perfect world. For me, doing the right thing is good enough in and of itself; for the city, money is needed to do the right thing, and getting money opens the door to Faustian compromises. “You can’t serve God and Mammon both, Mammon being money…”

I don’t know how to cut the cake here really. I’ve tried being reasonable, and to push what seems to me to be the eminently reasonable and inclusive sustainability paradigm. Reason does not seem to be doing the trick, as other devious humans have reason that works differently from mine. Being “reasonable” is contingent on all buying into a similar set of assumptions; if not, there can be no common ground or common sense.

Maybe to get a point across is not a substantive matter at all, it first takes respecting someone, or respecting a cohort, and to respect a person who may hold differing opinions is possibly more a matter of the heart than of convincing with your facts. Someone you respect is worthy of listening to, and not of being tagged as deluded, illegitimate, or as a complainer. And, facts seem to be more a matter of belief than proof anyway; why even try to prove anything? Just try to be respected and then get a little bit of your program enacted on that basis.

But shoot, playing nice may just perpetuate an unjust status quo, so the trick is to play nice, get respected, and say your truth in an assertive and forceful way.

Personally, I think the growth cohort is wrong, and that they are advocating a maladaptive, short-term program. The writing is on the wall for a J-curve crash and human system collapse, as wanton consumption destroys underlying ecosystems needed for common species survival. The antidote is a simple comprehensive, triple bottom line planning ahead, more inclusive than to just economy, but to which the growth cohort stubbornly will not open up to… Call me a complainer.

Sonoma is characterized by the existence of parallel universes, which revolve around and round and never really open up to each other. This failure to communicate will be our collective undoing. One thing is for sure, a continuation of zero-sum outcomes only breeds more fighting and more zero sum outcomes. Call me a complainer.

In my opinion, the real minority is the .01%, and the new 9.9% modern American aristocracy. Sonoma’s demographic may have shifted so that the values of the 9.9% are primary here. In Sonoma, the 90% may be complainers, and a vocal minority because they want more out of civic process than new restaurants, hotels, and new forms of expensive entertainment that somehow equal a community benefit, even though it has been shown by the Hidden in Plain Sight study, that these benefits only accrue to the top players. Call me a complainer.

Talk, talk, talk, at the end of the day, we are all screwed by a tendency to be parochial and to devolve into name calling, and by our inability to communicate effectively about the issues of the day. At the very least, by not being an insulting person, it is easier to sleep at night and have a clear conscience. Hate and scorn destroys the giver as miuh as the reciever.

2 thoughts on “Call me a complainer”