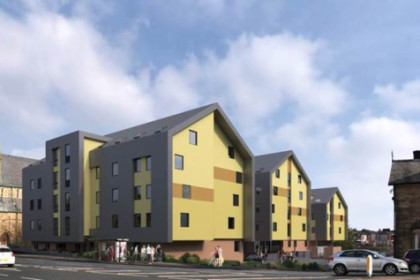 The city council has recently displayed a strong sense of generosity and service, which I admire. Specifically, I’m talking about an 18-month free bus ridership program, support for local homeless, and $500,000 for the Blue Wing Trust’s effort to buy the Castagnosso farm property downtown. This $500,000 has got me thinking…

From the standpoint of local character, it’s hard to beat the run of buildings from 2nd Street West to 2nd Street East, as far as what makes Sonoma visually and historically special. As a member of the local history community, and a friend and ally of many on the Blue Wing Trust and Mission Bell Farm fund raising team, I can’t question the motives of any of them, nor of city council members for wanting to support core architectural and spatial elements that are part of Sonoma’s essence through time.

I’m heartened by these charitable moves and motivations by the city and Blue Wing Trust. Why? Because it means that in taking on other salient issues, the citizens of Sonoma, city staff and council, will hopefully be equally inclined to step up, participate, raise money, do the right thing, and pass funding for things like affordable housing, and pass a resolution for a higher minimum wage.

The primary rationale for the city to financially support the Mission Bell Farm project also applies to equitable housing and wages: the city needs to show commitment to the goal, to help sway the tide of unwanted futures, and to stand up and be counted in addressing known issues and threats to local character.

Some of the most critical needs in society today revolve around reducing social inequity. How many times have we heard this now, or the same for GHG emissions and maladaptive economy? There’s basically been no movement and even steps backward. The truth is, for systemic sustainability, failure to address equity issues will drag the whole ship down just a sure as failure to address GHG emissions or to not properly manage an economy based on finite resources and endless growth.

Tackling systemic inequity issues, my prime interest, is daunting. Like many complex issues, solutions appear to be checkmated at every possible step. People say it’s all too big, the city can’t have an effect, it’s a regional and not local issue, we’re out of redevelopment money, can’t build here, can’t build there, the zoning doesn’t work, the local visual/ historic character and Sonoma’s brand will be destroyed with dense infill housing in the core, and so on. Unlike chess, the game of planning our future is not over.

We may ask then, what is a town for? What kind of future do we want? What are we after here? What makes up the real essence of local character? The visuals? The social fabric? Both? The challenge for local character as a whole is clear, keep what is good and special about Sonoma history for the visuals and historical context, and fight for a diverse and adaptive residential social fabric.

The heart of a community is its people just as surely as it is the look and feel of the space these people live in.

Part of the solution to preserving social fabric lies with a cooperative interplay between concerned citizens of various flavors, the local donor communality, and government. Government has a role to play, in supporting initiatives, and steering all actors towards a desired common future. Government’s job is to act on what people want and need.

In lieu of this, and the city’s $500,000 Mission Bell Farm donation, the Hidden in Plain Sight study by the Sonoma Valley Fund outlined how local philanthropy could be more effective, by pooling resources and aiming them at the most critical, and to date philanthropically unaddressed issues and needs (housing and health care). Unfortunately for this SVF effort, there’s not much evidence of progress in achieving Hidden in Plain Sight goals.

Donors, like any other local volunteers, don’t want to give up their volition to others who have a better idea. People want to keep control of their time and efforts, and not be told by others what to do, especially with their money. There has to be some way though, to get all to focus on the most salient issues. I have hope that the donor community will coalesce and really get behind Sustainable Sonoma, and its affordable housing prioritization. And, that the city can give this needed initiative a shot in the arm of support in the same way as Mission Bell Farm.

The city is already on board; the Community Services and Environment Commission has a council-approved work plan to support Sustainable Sonoma. The overall thrust is about triple bottom line, full cost accounting sustainability; this is cutting edge adaptive planning ahead.

Who, however, has the stature, connections, and energy to embark on a huge local fundraising effort for affordable housing? Richard Dale? Top board members? Former local poltiicians?

Here’s a sketch of a plan: raise $6 million, $2 million each for seed money for three 50-unit, non-profit built, high density infill Area Median Income housing projects. $2 million each is approximately 20% of the total cost of 50 units. Possible project locations in the city? The Sonoma Marketplace lot (CVS), the Safeway lot, the Valley Mart lot (Sonoma Market), the hospital’s South Lot, or the Post Office lot. There are possibilities. The city can kick in $500,000 per project to show commitment and skin in the game.

We might need to be talking four stories here, with parking structures separately financed by and with a new downtown/ city parking district. These 150 units plus the 48-unit SAHA project on Broadway, would go a long way to pay Sonoma’s unbuilt Regional Housing Needs Assessment (RHNA) housing debt, and put Sonoma ahead for a sustainable social fabric future, i.e., Sonoma would ensure its character will be more than skin deep.

With an engaged community and willing city council all aimed at preserving city character as a whole, social fabric and all, as Blue Wing Trust prime mover Patricia Cullinan says, “the future is ours to make.”

One thought on “Preserving local character”