Report from Alliance for a Just Recovery meeting 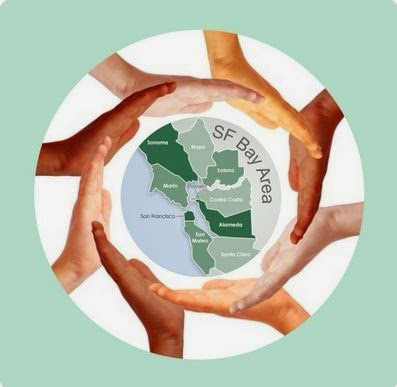 Can you find the justifications for higher minimum wages, affordable housing, and comprehensive high density infill planning hidden in the text below?

Jesus’ points all grounded in producible data, Census data. The county has a growing and diverse population with growing and persistent inequality. 1/3 people of color (growing), 2/3 white (not growing as fast). Whites have the bulk of resources and power. Unemployment level is good, yet one out of five live in a working poverty family. Labor market not doing enough to lift people out of poverty. 40% of working poverty families are LatinX. From 2005 – 2016, no changes in LatinX earnings. Wages have stagnated and dropped for the bottom 60%. Median income overall stayed flat. The 80-100th percentiles are where wages have increased. Women of color are the lowest earners of all. More than three in five low wage workers, largely people of color, are over the age of 30. People of color are 1/3 of population but over 1/2 of low wage workers.

The middle class, the now “missing middle” has been replaced with low wage jobs. Nurses and managers make in the $40 an hour range, the rest of meeting-slide-show-listed job categories make $10 – $12 an hour. 3/4 of all jobs by 2020 will be under $20 an hour.

Rent is too high, wages not keeping up; the gap between the two needs to be closed. Rent burden. Challenge: how to grow an inclusive economy that benefits all? We know the problem, what are the solutions?

Petaluma plan area strategy (see “smart code” p, 125) to handle CEQA roadblocks: building shapes are already decided, the use is not, the environmental work is done ahead of time; this makes it cheaper and easier to develop.

Climate denial California style. Sonoma County has its own kind of climate denial. Home insurance: elites are pulling away, wealthy can pay for premium insurance and 3rd party wildfire defense; states need to look at where buildings can be built.

The people bail out corporations (PG&E) when risk gets too high. State bills (Bill Dodd) codify that people pay for PG&E risk. 50,000 county homes at risk for wildfire.

Use GIS mapping to adapt to fire risk. High density infill is a fire precaution. “If we act individually, it will be too little too late, of we act as a community, maybe just enough just in time.”

Interest paid on bonds is a huge public cost, and banks get that money. Global warming is caused by fossil fuels, who is financing the fossil fuel industry? Banks, JP Morgan Chase, Wells Fargo, Bank of America etc.

Santa Rosa revenue is 38% from sales tax, now banked with Chase, as well as are Santa Rosa pensions. The city can get out of the deal with six-month notice. Where does your city bank and invest? Are you financing global warming? “All roads lead to Wall Street.”

Credit unions and public banking are the road to Main Street. With public banking, we own the bank, we finance our own values with our bank. Refuse to invest in fossil fuels and private prisons. Bank of North Dakota is the model. In California, need to be a charter city and have home rule power, need those to have a public bank for a specific city.

Expedited $15 an hour minimum wage campaign. See UC Berkeley Law Center for estimate of impact of $15 on North Bay. Anaheim has $18-$22 over five years, this is the model. San Mateo County is on a fast track.

$15 minimum is $3000 more a year, and that will help a lot. 30% earn less than $14 an hour. US currently has levels of inequality like the 1930s Great Depression. $23 an hour is a conservative measure of a real living, minimum wage in Sonoma County.

Before the Tubb’s Fire, county rents were up 25% from 2010, and now post fire, they are up 36% on top of that. Wages are only up 9%. There is a massive displacement crisis in all of coastal California. We need a shorter track to $15.

Inclusion and equity needs to be advocated and enacted by government. Government sets the rules of the game. Language inclusion is important, no translation of Sheriff fire press conferences until day five of the fires. Non-citizens are now doubly discriminated against, to accept any aid is grounds for denying citizenship. Just plain cruel federal policies

Problem: people build and live in high risk areas; disaster capitalism is ready to profit from cycles of maladaptive rebuilding. Incentives are all wrong, systemic costs and benefits are way out of kilter. The entrenched power and inertia of business as usual (BAU) is the core problem, not only for fire rebuild, but how we live and work in our economy in general.

One issue, and why many find developers, “business”, and landlords to be bad actors: the whole system is lined up to rip people off, given the slightest chance, low wages, high rents, high costs, and poorly located/ high cost building prevail. Given the option and freedom, we end up with rip-off scenarios, and trusting the same actors to somehow create a more just society is plain not going to work. Where is the sense of creating a just society from the big money interests? We need a fundamental rearrangement of incentives to change anything, but that is huge, diffuse and daunting.

Underlying issue: the “bad actors” and “same actors” are really just us; we all do the same given the chance. If at bottom we are all out for ourselves, and will mostly only act in our own interests, to not inconvenience ourselves, what do we do to get survivable at the scale we’re at now? How to change the channel of ourselves?

One easy call: go to public banking; cities divest from banks that invest in fossil fuel industry. Everyone divest, ASAP, call your broker now, get rid of the dirty energy funds and move them to clean energy investment. Do it.

Sonoma could bank with a Santa Rosa public bank or other state public bank? Why not? Can we shoot for it?

We need our public agents to be bold decision makers, with political will to change system. Policy makers and decision makers should get on board and be early adopters of the points made above. There is year’s lag time before policy catches up with the truths made by grass roots groups. Cut out the middle time, adopt now, radically change the rules that govern systemic incentives. Make it attractive to do the right things.

It starts with the money and how money is managed. Get to the head of the snake. Adopt public banking so money serves Main Street and not Wall Street. Don’t make it easy for people to bail out BAU corporations; make PG&E a publicly owned utility, take the profit out of service and inclusion.

Inclusion and equity starts with the money: pay your help, especially women of color, a living wage of at least $23 an hour.

For insurance, the issue is getting all into the same pool, with same incentives, but that will never work as long as a small percent have most of the wealth; the inequity is the main problem, allows super wealthy to make poor choices that end up being costs for the rest to bear. We need a few top wealthy to be like City of Angels and became human, put assets quickly into public service projects, tip other wealthy to do the same.

$15 an hour presentation will be made by Marty Bennet to Sonoma city council in January. HHH council can be bold and vote for $18 off the bat, with minimum wage tied to annual cost of living adjustments after that. Time to favor Main Street and the little guys.

One thought on “Report from Alliance for a Just Recovery meeting”