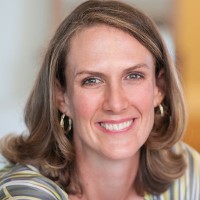 How and when the city of Sonoma gets its first cannabis dispensary is of particular interest to members of the Sonoma Valley Cannabis Enthusiasts, an advocacy group formed a year ago. Sonoma Mayor Amy Harrington will address the topic at a public meeting on February 12, 3 p.m., at HopMonk Tavern Sonoma.

“The new mayor, a cannabis supporter, will talk about Sonoma’s march towards a dispensary and the opportunities and pitfalls ahead,” said Michael Coats, speaking for the SVCE.

SVCE was formed to promote Sonoma Valley’s “distinctive and unique cannabis” to residents of California and beyond.

SVCE’s goal is to spotlight how Valley cannabis, properly grown, adds value to both the environment and community.

According to Coats, the SVCE will develop and promote best practices in the Valley community and the greater cannabis industry. “We will influence cannabis policy while facilitating the integration of cannabis businesses into our neighborhoods.”

Providing education and information about the medical and responsible adult uses of cannabis is a high priority of the organization, he said.