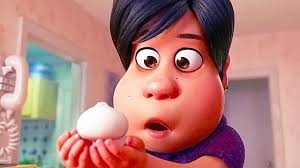 It’s funny, a bit sad and ultimately heartwarming, and it all happens in about 10 minutes. The Pixar film Bao, in which a sad Chinese mother is captivated by a dumpling that suddenly comes to life, is just one of five animated short films nominated for an Oscar this year.

Where else can you see five Best Film nominees in less than an hour? Sebastianitheatre.com.