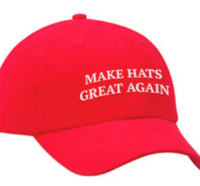 In a recent issue of a certain other newspaper, a local politician announced his campaign for District 1 supervisor. Per the article,

As the campaign season unfolds, voters – always appreciative of a good sense of humor – look forward to every candidate’s plans to make county government smaller and to finally return control of our county from wherever it is being controlled now. Assuming, of course, voters believe it is too big and out of our control, which apparently at least one candidate does or it wouldn’t be a plank in his platform.

“Sonoma County Board of Supervisors is the governing entity for Sonoma County and it manages the public money which comes to the county from property tax, sales tax, fees, and federal and state income grants. The services overseen by the board include local road construction and maintenance, law enforcement, land use planning and enforcement, open space preservation, local bus service, public health and human service programs, and regional parks.”

Now, shrinking that government probably doesn’t mean surrendering territory to Napa or Marin, shoving pieces into the Pacific, or deporting any of the people and businesses the county now serves.  So it will be interesting to hear how we’ll be better off under government “run like a business” when control is finally recaptured from… whoever controls things now.

As the campaign season progresses, it will be exciting to learn which county functions need to be whacked to make county government smaller. Voters might learn why we don’t need all those parks and unruly open spaces, which would be more tidy and attractive as privately-maintained gated communities for the second-homeless rich. And if voters would quit driving their cars to work, church, and doctor appointments, we wouldn’t need so many roads and bridges either.

I’m confident astute candidates will have ready and specific answers to those and other Big County Government failures, e.g, will Smaller Government mean: fewer building inspectors, deputies, and mental health workers? Outsourcing county payroll to H&R Block? Replacing the jail with kiddie-cages from Homeland Security? Pot-holed roads suggest that road crews have been resting on their shovels; could we ax them and save a fortune?

Would it mean laying off park employees? After all, The Fires killed thousands of trees in Sonoma Valley Regional Park that were just littering the parks with dead leaves, along with wildlife that was pooping up the woods like a bunch of homeless people. All that empty space could be put to better use as tidy vineyards and chic  event centers, generating oodles of taxes for things like… Well, with Smaller Government we won’t need oodles of taxes. That’s the whole point, right??

As the campaign for District 1 supervisor heats up, Valley voters can anticipate more exciting Small Government/Local Control ideas, ideas that have catapulted countless sh*thole counties from abject dysfunction straight into the dumpster.

One thought on “Making the County great again”