Haven’t you heard? The war on pot is over 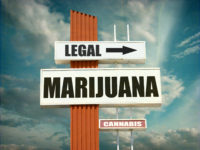 The use of cannabis – pot, weed, Mary Jane, reefer, or whatever you want to call it – is now legal in California, but here in Sonoma the effort to allow a cannabis dispensary is still a battle. Though 64 percent of Sonoma’s citizens voted in favor of legalization nearly three years ago, the City of Sonoma has yet to approve a dispensary, and from the looks of it, it’s still going to be a while.

Jon Early’s ballot initiative to allow cannabis dispensaries in town will be on the ballot next year, no matter what the city does between then and now. And at the moment, that Early initiative, warts and all, stands a good chance of passing. Currently, the city is hurriedly working on the language of an ordinance to allow a dispensary someplace in town, but the draft of that ordinance was strongly and unanimously criticized by Sonoma’s seven-member Planning Commission at its most recent meeting.

Developed by a consulting firm at a cost of $25,000, the content of the 44-page draft ordinance is all but guaranteed to insure no dispensary will ever be established in Sonoma. The Planning Commission recommended the deletion of the worst of the proposed conditions and regulations, including requiring a State-licensed uniformed armed guard, video cameras recording everyone’s faces with a live feed into the City Manager’s office, onerous financial requirements, a reference to marijuana addiction, and unfair regulatory conditions imposed on no other retailer in town. Overall, the commission recommended at least 15 major changes that deleted over a third of its 44 pages.

The bigger problem, however, is the way the language of the proposed ordinance treats dispensary owners and customers as “pseudo-criminals.” Its underlying assumptions convey an attitude that sellers and users of cannabis cannot be trusted, that cannabis attracts criminals, that cannabis use is dangerous and immoral, and that society must be protected from its incipient evils. These attitudes are holdovers from nearly a century of anti-cannabis propaganda, beginning with the now infamous “reefer madness” period of drug enforcement in the 1920s. Such propaganda helped fuel a booming business of incarceration of minorities, corruption, black market profiteering, and expansion of law enforcement as a political tool. It was wrong-headed then, and it’s doubly wrong now.

Since Sonoma has never had a cannabis dispensary before, a go-slow approach is fine, and we support it. The Planning Commission recommends that the city allow one store-front dispensary that also delivers, but that manufacturing and testing be deferred until sometime later. Other small communities, like Sebastopol and Cotati, have had a dispensary for years and their experience is relevant; there have been no armed robberies in either town, zero. And the tax revenue generated in each city has been substantial. Notably, the cannabis ordinance in Sebastopol is a mere 14 pages long.

Failure to establish a fair and proper ordinance will result in an increase in black market sales of cannabis, loss of potential tax revenue, disregard of voter sentiment, and likely approval of John Early’s ballot-qualifying measure. We strongly urge Sonoma’s City Council to accept the recommendations of the Planning Commission and to make the changes the Commission suggested; or simply review and modify a successful ordinance from another small city and completely toss this currently bloated and inappropriate draft ordinance.

4 thoughts on “Haven’t you heard? The war on pot is over”