Putting the funk back into Fridays 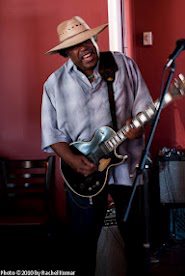 ‘Funky Fridays,’ the weekly summer concert series on the front lawn of the historic Hood Mansion in Kenwood, returns June 7 with the five-piece wall of Blues, R&B and soul that is Levi Lloyd & Friends.

“We’re excited to launch our seventh year of Funky Fridays!” said Bill Myers and Pavlak, who co-founded Funky Fridays in 2013. “This year guests will see new improvements at the Hood Mansion site, including permanent displays about the fascinating history of this area. We also have a terrific band line up. Funky Fridays just gets better every year!”

The series runs through August 30. Future shows include:

New this year, Palooza Gastropub will be the exclusive beer partner. No outside alcohol is permitted at the venue, and concert-goers are encouraged to arrive early to enjoy foods from the on-site vendors – featuring Picazo Café, Tri-Tip Trolley, Phat Salads, and Rainy Day Chocolates.

“Thanks to the generosity of Funky Fridays founders Linda and Bill, we have made a variety of improvements to Regional Parks in the Sonoma Valley,” said Melissa Kelley, executive director of the nonprofit Sonoma County Regional Parks Foundation.

Funky Fridays gates open at 5:30 with 7-9 p.m. show time. Adult admission $10. Children 18 and under are free. Tickets can be purchased at the gate or in advance. Parking is free.

The complete band schedule, volunteer sign-up, advance ticket sales and more details about the event are available at www.funkyfridays.info.