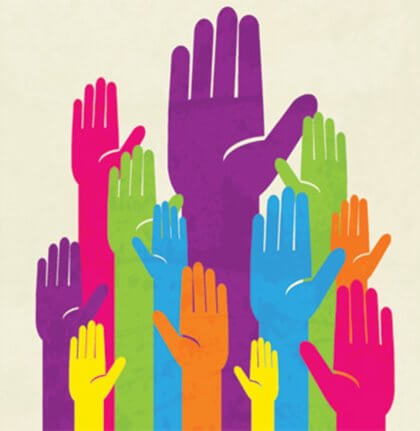 Democracy is under assault all over the globe, suffering at the hands of a combination of authoritarian, nativist, and fundamentalist movements. In some cases these movements are a reaction to the historical excesses of capitalism, an economic system often allied with democracy and its emphasis on individual freedom and opportunity. In other cases, the assault on democracy is driven by a rise of ethnic and gender-based emancipation that creates fear in previously unchallenged groups wielding positions of power.

The challenge of preserving democracy on a national and international basis is hindered in part by the rapidity of change in modern times. The technology revolution has made communication easier than ever before, and this has produced both benefits and problems. Information is more widely available but much of it is inaccurate or downright false. Emergency alerts can be communicated faster, but many people don’t even know their neighbors. Access to social media is widespread, but so is bullying, intimidation and character assassination. The perils of preserving democracy have always been embedded within democracy itself.

On a local level, democracy depends upon both information and participation. An informed public is essential to good planning and decision-making; without accurate and timely information it’s impossible to succeed except by luck, but getting complete and timely information is actually more difficult than ever. An army of highly-paid consultants and attorneys is regularly employed by big business interests to obscure and distort the truth, intimidating and sandbagging elected officials with reams of paper, threats of litigation, and obscure legal strategies.

Despite technological advances, government often makes the obtaining of complete information harder, not easier; for instance, financial data should be more transparent in our digital age, but in actual practice is increasingly opaque and incomplete. Deciphering the impacts of a local budget is essentially impossible because full information is not available. We, the public, are witnessing the relentless expansion of bureaucracy’s cost and modes of operations, in a process that overlaps succeeding generations of elected representatives, and outstrips the public’s ability to influence many decisions and events. When bureaucracy is in league with big business interests, democracy’s role diminishes proportionately; too often, City Councils and Boards of Supervisors are mere helpless bystanders to events orchestrated by self-interested interests.

It is, ironically, these very aspects that have fed public frustration and caused the dissolution of citizen confidence in democracy; the public views the institutions of government and private business as suspect and corrupt, and too often, this is true. Fewer people believe what they are told, more are skeptical, and others ignore politics entirely.

Democracy is not perfect; it’s increasingly liable to the power of money and its influence, creating the impression that it only serves the wealthy and powerful. And admittedly, in many significant ways, it does.

And yet, as confidence in democracy declines, its substitutes are far worse. So we suggest citizens become more engaged with democracy, not less. This requires the commitment of time, of course, and creating a lifestyle that provides it. It means individual sacrifice, going to a meeting instead of a movie, and reading an agenda packet instead of Facebook posts. Preserving democracy is not a job for the lazy; preserving democracy is hard work, real work, and unless that work gets done, democracy is done for.

One thought on “Preserving Democracy”