A film with an uncertain ending 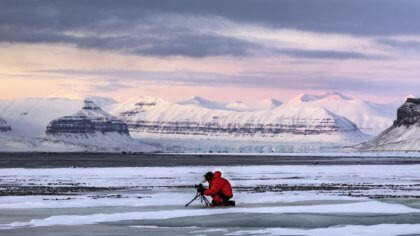 Among the all the films at Cannes Film Festival this year, Ice on Fire was the most dramatic, hard hitting, beautiful and alarming… and nobody knows how the story ends.

Produced and narrated by Leonardo Di Caprio, the documentary about climate change shows how dire the global situation is, but looks at methods, and policies that may slow, or even reverse, its effects.

One possible solution is biochar, a form of charcoal with great carbon-sequestering qualities; local expert Raymond Baltar is interviewed in the film, which screens Monday, August 26 at the Sebastiani Theatre. Baltar, the biochar program manager for Sonoma Ecology Center, will moderate a live panel after the film, with director Leila Conners and Redwood Forest Foundation Chief Forester Linwood Gill. They will discuss the film and climate change solutions, including the role biochar – which local growers of all types can use to save water, and money, while helping to sequester carbon – could play in a sustainable future.