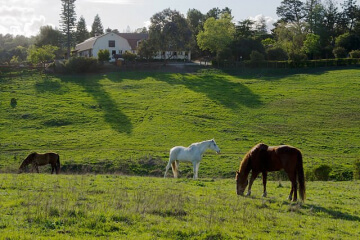 Much has been made of rural character by urban growth boundary advocates. Rural character is generally defined by open spaces, agricultural and grazing, rustic buildings, and by a certain culture and/or lifestyle choice that stands in contrast to urban and suburban sensibilities. What sort of rural character would current UGB advocates be talking about here in Sonoma valley? Social? Visual? Ag?

Back to the land

In the evolution of US demography and land use, there has been a long-term trend of migration from the country to the city. As a result, a kind of cultural gulf has developed between the more and less cosmopolitan. In various areas, New England and coastal northern California, there was a 1960s – 70s “back to the land”/ organic movement, wherein those with more modern, utopian sensibilities came back into rural areas, bought land, grew food for farmer’s markets, and got involved in local politics. There has been a resulting and palpable tension between locals and transplants, as to whose values and desires will prevail in local land use and political decisions.

The two major classes of rural land use here, rural residential and ag. Rural residential is concentrated into a few discreet areas, Burndale Rd., east and west sides, foothills, and Schellville. Within rural residential there are old timers (less wealthy) and newcomers (wealthier.) The county seems to have no hillside ordinance to protect visual character, as there are houses all over the hills outside the city. For ag there is grapes, hay, beef and dairy.

There are some paradoxes to tease out here. If we are talking about the social and cultural aspects of rural character, there’s a slight problem. These qualities don’t match up with North Bay liberal environmentalist views of what is politically correct. Local rednecks are rural character. They are in large measure Trump supporters. They raise cattle, they eat meat, have dairy, make veal, hold chicken BBQs, grow grapes, like to hunt, listen to country music and have big trucks, all activities seen as foreign, immoral and unsustainable by UGB advocates who are professing to value rural character.

If we are talking about built, architectural aspects of rural character, ranch houses, barns, rustic sheds, chicken coops, falling down fences, who are the people who live in these places? After the 2008 recession shook a huge number of Americans out of their homes, a massive tide of speculative investment moved in for a remodeling boom, drilling deep wells and building luxury rural outposts with electronic gates, security, and hobby vineyards. Great length are gone to, to make luxurious rural mansions appear rustic.  I’ve seen this trend first-hand from living on the east side. Many of the people moving in are exclusive strangers, elite, super wealthy. Surely UGB advocates are not thinking elitism and rural feudal haciendas are the rural character that needs to be preserved and protected. Why preserve and protect the masters when the slaves get nothing?

If the rural character surrounding Sonoma is so precious, how can it be that in large part it is a commodity only able to be afforded by the superrich, or it is a stronghold of anti-environmentalist, right wing Trump supporters? Surely this is not the rural character UGB advocates see as in such urgent need of preserving and protecting.

Rural character for UGB advocates needs to be made over and sanitized into an image palatable to Bay Area liberal sensibilities and back-to-the-land idealism. This makes rural character mostly a visual thing, a “viewscape”, a faux rural architectural creation for people who have managed to get inside the kingdom and castle gate. It is in all property owners interests to preserve and protect this stasis.

A UGB thus becomes a class issue, but one that has to be denied because it won’t fit the overall narrative of North Bay liberalism. Denying that a UGB has class effects is a contortionist move that all workers can easily see through.

To the extent that a UGB can be construed as protecting nature, paradoxes there include that nature has already been defiled to make the spaces UGB advocates live in now. Salmon have been nearly extirpated by the ag-open space activities that are seen as in such need of protecting. Climate protection has emerged as the hot new rationale (no pun intended), to keep everyone in already developed areas to avoid driving and fossil fuel greenhouse gas transportation impacts, yet this program has troubles too. One, UGB advocates refuse to acknowledge the link between sequestered space and exclusive, inflated prices. Two, no workers who might be able to get in can afford to buy anything in town and have to drive out of valley to shop anyway.

A UGB is mainly a way to protect rural open lots next to town from being developed. In a way, it’s analogous to if you bought property next to an open lot, you are attempting to control land use and guarantee it will stay as is for a certain period of time. A UGB acts to preserve the status quo, in this case the visuals of “rural” land use surrounding the city, and low density neighborhoods within the city. A corollary effect is that newcomers are winnowed out to be only the wealthiest; less wealthy newcomers are excluded. A UGB thus works to gradually shift the demographic towards an elite population.

The whole rural character package is visually attractive, and is susceptible to tourism branding, where a story of rural farm to table utopia is made, marketed, and repeated ad nauseum for tourists.  Experiencing rural becomes about getting out to the North Bay wine country theme park, taking a rental bike ride, getting a good buzz on, eating a fancy dinner and then going back to the city.

A UGB is perhaps an unwitting, or a calculated part of the tourism, theme park creation complex. Why? Because it is all this small town and rural character that is being sold. The character, being mostly a visual thing, adds to property values and this also gets preserved and protected.

There is something indelibly false about the whole rural character deal, too calculated, not authentic, not organic; trying too hard to be what it is really not. The whole package seems to be driven by money and investment, and the real power struggle here is about who owns and controls the rural and small town character. Homeowners? Developers? Business interests? How does all this character register for workers? Something in their interests? Maybe to the extent that big fish need cleaner fish, and that the whole character ecosystem here has the potential for jobs, the only trouble, many jobs don’t pay well enough to live here.

The escalation of character as a value de-emphasizes socio-economic inclusion of the workers who labor to maintain the character façade. In a way, it’s like cattle eating grass in a field, they must eat, but their very controlled existence means they are exploited.

Whatever it is, rural character drives the economy with wine-hospitality tourism. A UGB protects the small-town core in the heart of the rural territory. The character goose that laid the golden egg is protected at all costs, even if it is all only visuals, a façade. The rural social character is made up of conservative deplorables, elite haciendas, or ag activities that are at once “open space” but also denigrated as shilling for crass tourism.

And what of the happy serfs, peasants, and laborers? In all the rush and urgency to preserve visual character, what about the other social character? After the same UGB may be passed, for 50 years total time, housing and equity are supposed to be entrusted to the good will of people who are mainly concerned with the visuals, deny a class effect, and deny any connection with inflated prices?

I sense a kind of Trojan Horse coming at us with current pressure to pass the same UGB as the last 20 years for another 30 years. The actual native inhabitants of rural spaces are not valued by UGB advocates on one hand, and on the other, preservation of exclusive spaces can only drive up prices and run out the peons. A process of Carmel-ization is inexorably under way, maybe an unintended consequence, but a consequence nevertheless. No sure plan exists to secure an Affordable place in town for the worker bees and cleaner fish. Workers are supposed to take it on faith that their interests will be covered by a program where “sprawl” and “character” are the main talking points.

More paradoxes come out when we see that the enviro-liberal-despised tourism industry is really the only game in town to make jobs. Otherwise, all workers have is being various kinds of cleaner fish for the big, landed fish. Workers are dependent on all clients who can pay, be they city homeowners or rural hacienda owners. The wealth and territoriality that has turned local character into a façade is the lifeblood for workers, but it is also the force that excludes them from being able to live here, by running up prices to what the market can bear. The more protected, the wealthier, the more character, the less affordable to the servants. That’s what you get with a façade, and not a solidly built plan.