Sonoma police chief is the right guy at the right time 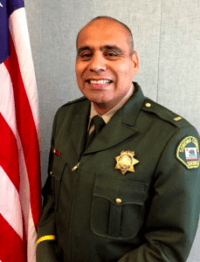 Sonoma Police Chief Orlando Rodriguez got his first law enforcement job in Petaluma, in 1995. “And ever since, it’s been a great ride.”

Let’s start at the beginning. Rodriguez was born in San Luis Rio Colorado, Sonora, Mexico. He immigrated to the U.S. in 1972 at age five.

His father was a bracero, part of a legal immigrant farm worker program from 1943 to 1964. Orlando’s father became a legal resident in 1961, and continued to work as a cattle herder in the Yuma, Arizona area. In 1972, his family became legal residents and they migrated with the harvest, eventually settling in Butte County. As a youth, Orlando worked in the fields with his family.

Chief Rodriguez grew up in Gridley, a conservative small Central Valley town. As a teen and young man, Orlando was interested in typical local status symbols, and got himself a customized truck with fancy rims. At this time, his horizons and aspirations were local. However, he noted Erik Estrada of the CHIPS TV show as a positive role model, “not Cheech and Chong,” he said.

Orlando went for two years to Butte Community College, then to the Butte Police Academy in 1994. His law enforcement career began in 1995.

The reason I have these notes is because I have participated in the Citizen’s Academy class series put on by the Sonoma Police Department. (Sonoma Police Department personnel are contracted from the Sonoma County Sheriff’s Office.) The class is designed to give citizens an in-depth view of law enforcement. Participation affords a greater appreciation for the subtleties of a field that people may tend to misunderstand and stereotype.

Getting to know people from different walks of life and cultures is a good idea. It broadens us. For law enforcement, this is what community outreach and community policing are about.

During the class, national events transpired that relate to law enforcement and crime, such as police wearing MAGA hats; the conditions at border detention camps; and the mass shooting in El Paso where Latinos were targeted. These events were and are very disturbing to me, and I met personally with Chief Rodriguez to talk about them.

After our conversation, which set me at ease, the chief addressed some of the issues I found troubling. He said that “when we put on the badge, we set our First Amendment rights aside; we serve everyone.” Everyone is respected, and law enforcement in Sonoma County does not play ideological favorites; the Sheriff’s Office is not political on the job.

Now, when Chief Rodriguez does public education, particularly in the Latino community, he sees kids who are just like he was; he understands the constraints, the immigrant journey, and knows the opportunities, as he has lived them himself. “I’m an American,” he says proudly.

In my opinion, the local community and the Sheriff’s Office is lucky to have him. Chief Rodriguez is the right guy at the right time.