Take a Sonoma selfie with ‘The Deathmobile’

In the end, the plucky underdogs (e.g., the loveable, drunken idiots) fight authority (actually, they throw up on him) and win out. Then again, they’re probably still paying off student loans. 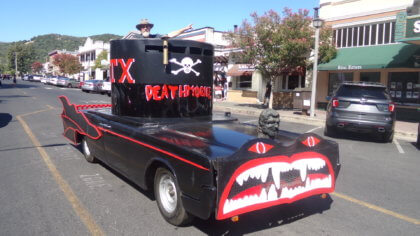 The ‘Deathmobile’ takes a road trip to Sonoma — will be in front of the theatre all weekend.

One thought on “Toga! The ‘Animal House’ movie quiz”