Out west: the return of Country music’s first gay artist 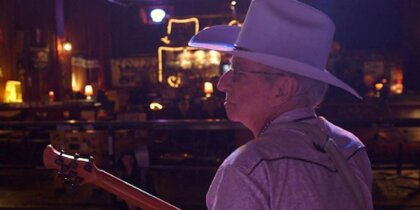 The world of 1973 wasn’t ready for the first openly gay country album, Lavender Country, from Patrick Haggerty. But the 2014 reissue, and a follow-up with tunes like Gay Bar Blues and Stand on Your Man, have brought the outspoken songwriter growing mainstream acclaim.

Gay country music is underground movement that’s been percolating in urban hotspots like Brooklyn and San Francisco. It went prime time this year with multiple-Grammy-nominee Brandi Carlile and her supergroup The Highwomen claiming the national spotlight.

“All these other gay country artists are emerging, and seeing me in ways that I never saw myself — like the granpappy of the genre,” says the 74-year-old Haggerty. 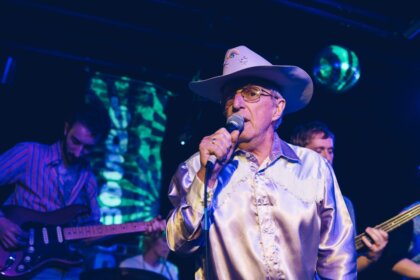 Haggerty came out soon after the Stonewall Riots in the summer of 1969, “I just couldn’t stand it one more minute,” he says. “I came out, basically by myself, but the hippies supported me.” 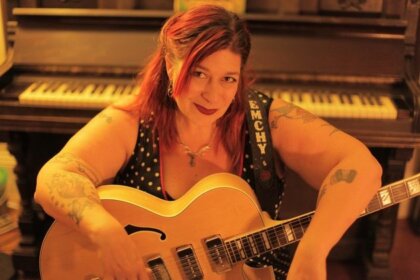 The show is sponsored by a new Sonoma company, Country Queer.

“Live music is something we’ve always known we needed to get into,” says Country Queer’s

founder, Dale Henry Geist. “When we heard that Patrick was going to be in the area, we jumped

at the chance to put together a show. When I took the package to one of my favorite local venues, Starling Bar in Sonoma, they were ll the way into it.”

Country Queer publishes an online magazine (countryqueer.com), operates an online store and puts on live shows. Geist says that in two short months, the endeavor has already made a mark, filling a neglected niche in the world of country and Americana with its robust support of LGBTQ+ voices.

“The magazine is all about looking at country from a queer perspective, the merch gives people a chance to show their pride out in the world, and our live shows are where people can really come together to enjoy the music they love,” says Geist. “We can’t wait to do more!”

One thought on “Out west: the return of Country music’s first gay artist ”