The garage bands of the wine world 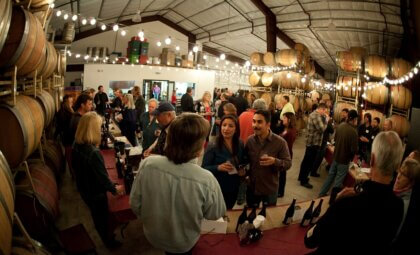 If corporate mega-wineries are like the dinosaurs of rock music, these are the garage bands.

By Jack Dieterle | Special to The Sun

If corporate mega-wineries are like the dinosaurs of rock music, these are the garage bands.

For the last few years, a low-key revolution has been taking hold in California winemaking. A new generation is returning to balance and finesse, stripping down and taking chances. They are growing new varietals, experimenting with new blends, and exploring new techniques in both harvesting and fermentation.

But you won’t find any of these mavericks’ products at the grocery store – at least not yet. Like the craft beer movement before it, this new wine scene is being driven by small-lot producers, or “garagistes,” a French term once used to disparage independent winemakers but one now embraced both there and in the States by a certain class of vintner who refuses to play by the traditional rules. 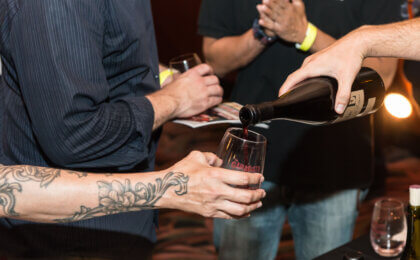 “The term has come to mean small, artisan winemakers who are doing what they want to do, and not necessarily following the way it’s always been done,” explains Doug Minnick, co-founder of the Garagiste Festival, which showcases these rising stars of the wine world. On Saturday, February 15, the festival returns to Sonoma with small wine producers from all over the state presenting their wares at the Veterans Building.

Minnick and his partner, Stewart McLennan, limit their festival to winemakers who produce fewer than 1,500 cases per year (which is less than the wine giants spill on the floor in a week). Some own their own vines and production facilities; others source their grapes from larger vineyards and borrow or lease equipment. Often, says Minnick, “these guys are assistant winemakers at bigger wineries and this is their personal project.” A few, including Minnick himself, started by making wine in their garage. He is quick, however, to emphasize that “this is not an amateur thing. Everybody who’s pouring is a commercial winemaker.”

Bart Hansen, representing Dane Cellars, says “the thing I love about this tasting is that we are all small producers, truly not just a small label from one if the larger corporate wineries.”

Hansen says he looks forward to try the wines from his fellow producers, and talk to the owners and winemakers personally. “Being a Sonoma County native and working at wineries for 34 years, I also love to show off Sonoma Valley.”

Minnick believes that Sonoma is a hotbed of the micro-winery movement. “We’ll have over 40 of these winemakers pouring more than 150 wines. Ninety percent  of them do not have tasting rooms and can’t be found on “wine country” maps, but we bring them to you all under one roof.

This spirit of experimentation is part of what drew Minnick to the garagiste movement. “It is absolutely wide open in so many ways,” he says. Blending is another area where adventurous winemakers are breaking new ground, producing varietal combinations that would seem heretical to old-world growers. “A cab/zin/petite syrah or something. We joke that if you tried to do that blend in France, they’d throw you in jail.” 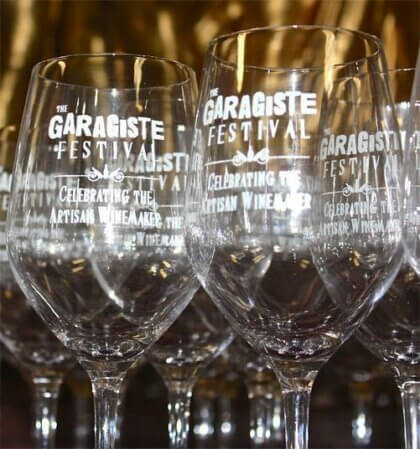 Minnick left a 30-year career in the music industry to pursue his passion. “Finding these kinds of winemakers, these really small guys, it’s like finding a band in a club before they have a hit record,” he says. “There’s a certain level of excitement and ownership that comes when you’re early to something – and then when you watch it succeed, you feel like you’re a part of it.”

Versions of the festival have been held for several years in various Southern California locations. It debuted here – so far, its only foray onto NorCal turf – two years ago. “We especially love Sonoma, which is our ‘youngest’ festival,” Minnick says. “The reception from this community has been wonderful and we think the winemakers’ stories (winemakers are pouring their wines, not tasting room personnel) and their down-to-earth approach, is what makes this festival so special.”