Table scraps for the self-employed 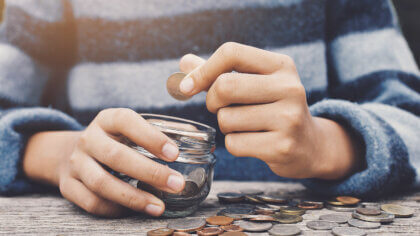 Everyone at lower income levels is now going to get a $1,200 check, and for the first time, self-employed “freelancers and gig workers” are going to be eligible for unemployment insurance. Help for the undocumented?  Donations to nonprofits and Undocufund.

It’s very interesting that “freelancers and gig workers” are included in the government’s bailout because these are self-employed people, “independent contractors” who don’t pay a nickel into any unemployment funds. When the self-employed are out of work, typically it’s all on them, no help, nada.

(Never mind that we all pay into a super-bloated military budget which, if it were reduced by 35%, would provide money enough for all forms of social security and clean energy, and we would still have the world’s largest military by far. Our priorities as a society have been way out of whack.)

Many self-employed workers get shoe-horned into such a status by being classed as independent contractors when, in fact, they are really employees. The employer is simply trying to avoid paying anything more for them. All the tax-withholding and social security then becomes the burden of the self-employed person.

This is a very common tactic for employers, used over and over again, and when the abuse gets too egregious, the employer, Uber for example, is forced to recategorize such people as employees. If an employer is forced to account for their actual employees, then hours are cut to keep workers below full time, to avoid paying any further benefits. The public ends up picking up the full costs in terms of needed welfare anyway.

When the self-employed, i.e. workers who are fronting all their own tax burden, are out of work, they typically get no help. But now, with everyone out of work, and no one able to make any payments, continuing to leave the self-employed out in the cold would be a tremendous oversight, especially when self-dealing vampire squid corporations are getting huge bailouts of public, tax-payer fronted welfare.

I almost can’t believe that my class of people, the low-earning self-employed (gardeners, painters, house keepers, waitresses, farm workers, construction workers), are actually going to get any help. I imagine this bill must have provisions to still keep all us self-employed out in the cold.

If the checks and four months of unemployment are going to be given, I have reservations and questions. Many poor folks, self-employed or not, have an incentive to stay poor to a certain level, because if not, they get bumped off their meager benefits gravy train. For example, as soon as you make more than the mid $30,000’s, say goodbye to reasonable monthly health care costs, food stamps, etc. The exact numbers may differ, the point is, make too much, you are still poor and you get cut off from benefits and have to pay more tax, and you still can’t afford median rents and the local cost of living.

Yes, things are tough all over. This essay just highlights the flavor of tough for the low-end self-employed.

Will this four months of unemployment plus the $1,200 check per adult be considered as taxable income? If so, the self-employed will have to be careful to not make too much and get bumped into another tax bracket, or to lose whatever Covered Cal medical benefits they may have.

This is the kind of world my cohort, the people who do all the dirty work of life, have been living in. On the edge, barely making it. Screwed at every possible step. This is what business as usual looks like for the servant class. When times are good, there is work, and the costs of living can be met, barely. When times are normally bad, we get displaced to the Central Valley and no one ever sees us again. Since we are usually segregated out of sight, no one ever misses us anyway.

When times get super tough, like with the Joe Rodota homeless before this virus stuff hit the fan, it became impossible to ignore the gaping discrepancies in societal economic well-being. Before the virus we had major red flags, but business as usual could still try and ignore them. Now, with a full-bore socio-economic emergency, the whole ship is going down. It’s too blatantly immoral to try and save only the first-class passengers and the owners.

When we come out of this crisis, this business-as-usual system of having segregated, disposable workers and hanging them out to dry in every possible way has got to change. Keeping all the workers as wage labor slaves while we tacitly accept tremendous wealth inequity, is simply not any good. The emperor has no clothes. When all of society goes on welfare, then we really are all in this together. It will be hard to go back now, and forget that big government really can help out, and it could have been all along.

With unemployment for the self-employed, the master finally gave a table scrap to the dogs; and loyal and trustworthy dogs never forget there could be more coming.

One thought on “Table scraps for the self-employed”