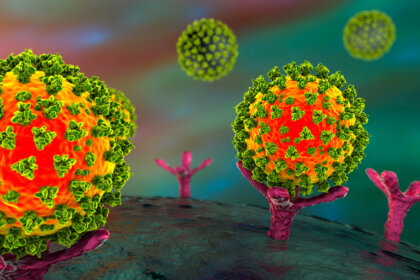 A pathogenic agent with potentially lethal effects on people, the novel coronavirus is viewed by many as a rogue agent set against earth’s complex adaptive system, and therefore an enemy in a war for survival. The virus, however, is simply exercising the prerogatives of its own complex adaptive system, and does so with great efficiency. Attempting to answer why a killer virus exists is an existential dead end; it exists to exist, just like people.

Within nature’s meta-system, myriad biological systems establish intimate resonances between each other and inert materials, creating a space of relationship. In that space, which extends from the hidden quantum realm to the observable material realm, resonances of creation and destruction – integration and disintegration – what we call life and death appear, two faces of nature’s mask. To us, this feels like comedy and tragedy, either good or bad. Nature makes no such moral judgement, however; it’s simply how nature’s meta-system functions, and has done so for billions of years. Dead’s okay; I can live with that.

Organic biological systems are comprised of proteins, and particular proteins have an affinity for other particular proteins; think of it as love on the molecular level. Below that, on the subatomic level, resonance facilitates bonds of relationship to form; electrons are exchanged and valences established in the space of relationship and that in turn impacts the structure and functioning of living cells. This is natural meta-system stuff, happening far below our conscious awareness.

Quantum reality is the realm of non-material matter where resonance can be observed by scientists using highly sophisticated instruments that reveal patterns of distinctive wavelengths of varying frequencies. Just as a racing team of horses can be slowed by a rider on a separate horse by establishing a frequency in synchrony with the team, and then reducing the frequency to a calmer, manageable level, so it might be possible to reduce the ferocity of the novel coronavirus through resonance. In considering resonance, the space of relationship, war is the worst of all options.

Declaring the novel coronavirus as an enemy does not establish a helpful resonant harmonic; war is aggressive, fearful and angry, an inherently agitated and unstable state likely to stimulate an equally aggressive response. I’m not suggesting welcoming the novel coronavirus as an old friend, but I am proposing that our state-of-mind influences the nature of resonance. Calmness, forgiveness, and feelings of compassion make for healthier relationships. The last thing a living organism should do is to piss off a potentially lethal virus.