Questioning ‘Use of Force’ 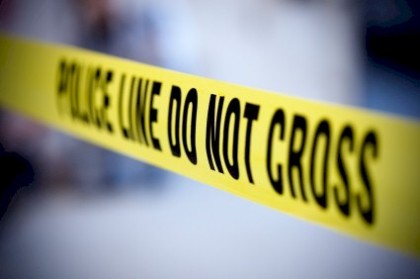 The Independent Office of Law Enforcement Review and Outreach (IOLERO), under Jerry Threet, was a super interesting public policy process. From its inception, I was a regular Sonoma County IOLERO meeting attendee. This was when Trump had just been elected, on what many could see was a racially divisive, anti-immigrant, Nativist platform. I met twice with the former sheriff, Steve Freitas, on immigration and issues surrounding county jail cooperation with ICE policy, and I was at the IOLERO meeting when Sheriff Giordano voluntarily and proactively instated county “sanctuary” policy.

The Andy Lopez shooting prompted the creation of IOLERO, to look at and have citizen oversight on use-of-force policy. After Sheriff Giordano’s decision on sanctuary, and after SB-54 (the California Values Act) was passed, the Sheriff’s use-of-force policy was taken up by IOLERO. My comments below regarding the Sheriff’s policy on use of force were first formulated during this time. Suddenly they are timely once again, as the community engages in a law enforcement use-of-force discussion stemming from the murder of George Floyd.

The “old” IOLERO Community Advisory Committee (CAC) use-of-force recommendations follow very closely my own intuitive sense of how things should be. I’d also like to say that Jerry and the old CAC all took great care to respect and honor Sheriff’s deputies and the office itself. IOLERO was never a witch hunt on the Sheriff from the staff and old CAC side.

Jerry’s firing of Alicia Roman from the CAC showed he was sensitive to the Sheriff’s concerns, and was not going to bend to public pressure. In my opinion, the Sheriff’s Office saw IOLERO as an unfriendly venue because some members of the public were overly shrill and confrontational, which put the Sheriff and deputies on the defensive.

At that time and now, I set out to examine the inter-relation of Sheriff’s Office Policy #300, Use of Force, and how in certain situations, a lawful order by an officer can lead to out-of-proportion escalation and unnecessary use of force. I am only considering low-level, non-violent situations here, wherein a lawful order may escalate into use of force in an out-of-proportion way.

The Sandra Bland traffic stop case in Texas is a good example of many situations where a non-violent incident turned violent precisely because of officer escalation. An officer ordered Ms. Bland to put out a cigarette, which she had the right to smoke inside her car. The situation then escalated terribly, all for failing to signal a lane change. The trouble here, and in many other situations, is that a lawful order is seen by officers as a “legitimate law enforcement purpose,” and if such a purpose is disputed or resisted by a citizen, then use of force, imprisonment, or even death, is perceived as justified.

Policy #300 has several definitions about compliance, yielding to authority, and resistance. However, a lawful order and its critical role is not defined. A lawful order is a command by a law enforcement officer that presumably must be obeyed. As demonstrated by the Bland case, what constitutes a lawful order can be arbitrary, vague, misunderstood, and violate a suspect’s rights.

Policy #300 states, “deputies shall use only that force which is objectively reasonable, given the facts and circumstances known at the time of the event, to effectively bring an incident under control.” Failing to obey a lawful order, which is a “legitimate law enforcement purpose” can thus easily lead to an officer-justified use of force that is out of proportion to the incident. A lawful order can be used as a precursor to escalate into use of force. How necessary is it to bring a failure to make a left turn signal “under control?”

This is all a big grey area. Today, the Black Lives Matter protests are demanding these grey areas of harassment and intimidation of people of color be stopped. This is why Policy #300 needs to be revisited and the recommendations of the old IOLERO CAC be taken seriously by the Sheriff and the new Director of IOLERO, Karlene Navarro. These recommendations have recently been removed from the IOLERO website.

The nexus of lawful order, mandate to bring a situation under control, and out-of-proportion escalation, is exactly what the old CAC’s use of force policy recommendations zeroed in on. This is exactly what happened with George Floyd and countless others and this is what the Black Lives Matter movement now insists on exposing: gratuitous, widespread, and unnecessary violence against people of color, and the rules that make this possible.

Reasonable force or force in proportion to the incident is not specifically defined in the Sheriff’s use-of-force policy. However, the policy later says that If unreasonable force, (“clearly beyond that which is objectively reasonable”), is used by a deputy, other deputies then have a “duty to intercede.”

Defining “objectively reasonable” becomes critical. Use of force and lawful order policy both need to balance the interests of law enforcement officers’ need for self-protection, citizens’ rights, and freedom from racial profiling. But the definitions center on a vague weasel word phrase: “objectively reasonable.” To whom? In any policy, facts, objectivity, and reasonableness are always disputed. Clearly, many low-level incidents that lead to violence and death are not part of an objectively reasonable scenario. Policy #300 needs some clarification and updating.

No force is “the professional command presence or de-escalation skills used by deputies to control an incident and gain the voluntary compliance of a subject in any given situation.” No force and no law enforcement escalation is what the public should ideally expect of all officers in any low-level incident.

The policy goes on to state that “while the ultimate objective of every law enforcement encounter is to avoid or minimize injury, nothing in this policy requires a deputy to retreat or be exposed to possible physical injury before applying reasonable force.” I would have to disagree here and say that the ultimate goal of a law enforcement encounter is the fair, just, and impartial application of the law. A use of force policy that allows retreating from escalating a low-level incident into a use-of-force incident is what is needed. Discretion is the better part of valor. Why have loopholes that allow massively out-of-proportion beatings and killings?

In this regard, use of force and the trumping up of lawful orders is disproportionally implemented against people of color; the Andy Lopez case is a local example among many. It is not objectively reasonable to stop and then incarcerate, or maybe even kill so many people of color in the US, many times just for driving, jogging, walking around, or being lost and asking directions. Use of force here does not appear to be fair and impartial. Neither does a justice system that has the highest rate of incarceration in the world and criminalizes being young and black.

Systemic, structural changes are called for now, and dog whistles about “law and order” need to be called out for what they are, racist tropes that discriminate against people of color.

The challenge for law enforcement now is to foster historical and cultural awareness among officers, and to train about racial profiling and stereotypes. This will take real work, a sincere will to change, and the grace to admit fault. Similarly, all white people, no matter their interior, have privilege and must grapple with that de facto unfairness. Law enforcement must account for the reputation of the police as being overly violent to people of color. Departments that get this will be able to change. This is a systemic issue.

This essay has focused on non-violent incidents where the use of force comes about simply because of disputes revolving around a lawful order by an officer, i.e., where the law enforcement purpose switches from the alleged or suspected non-violent infraction, to a conflict based on non-compliance with a lawful order. This is where people end up shot and killed for a small incident.

In any normal human communications scenario, if one person orders another, versus asking them, and the other doesn’t feel the order is justified, conflict will result. This is where many out-of-proportion use-of-force incidents start, and where it seems in many cases, that law enforcement is actually looking for trouble.

One trouble I see in the current use-of-force policy is that serious situations do not appear to be distinguished from run-of-the-mill, low-level situations.

My suggestion, in line with the old CAC recommendations, is to give lawful orders better, explain the order to the party in question, avoid lawful order downward spirals, find approaches that don’t escalate to out-of-proportion uses of force. Get rid of the yelling and aggressive tone of voice, use other skills to gain compliance, and de-escalate poor citizen behavior, rather than get into the lawful order/ use of force tailspin that ends with someone dead for a turn signal violation. Retreat if necessary to avoid a death for a small infraction. Discretion is the better part of valor. Allocate all low-level infractions to entities other than police or to unarmed police.

At the Jerry Threet IOLERO hearings on Sheriff’s use of force policy, Jerry and the advisory committee took care to be respectful and showed understanding of the law enforcement side of the story. This is important, to create a cooperative atmosphere where proposed policy changes can be heard by the Sheriff’s Office, the public can’t pin all blame on all deputies. I took the citizen’s Sonoma Police Academy course last year because I am fair-mined; I saw the humanity of the officers.

If this at bottom is all about good communication and not escalating, this same impulse must be brought now by the public when engaging law enforcement agencies and asking for change, to show the respect and honor we all deserve in any interaction. Relationships grow when we stop blaming and own our own shit, and move to transform the terms of engagement into a new, more productive space. Law enforcement in general has some owning up to do. We can all get to a better place in society, and now is the time to start really trying.

To conclude, Sheriff’s Office use-of-force policy should be changed to account for the potential negative role of lawful orders, to include a sense of proportion to the incident involved, and training, education, cultural awareness, to not assume things about people because of looks only.

One thought on “Questioning ‘Use of Force’”