Where will people go?

Posted on September 4, 2020 by Fred Allebach 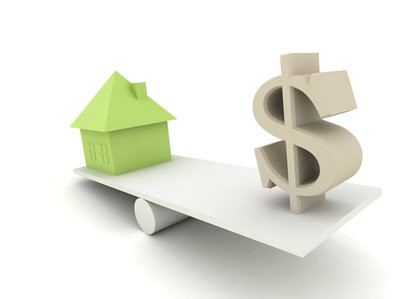 Sonoma County has its own version of these kinds of plans that favor market-rate developers, like the Renewal Enterprise District and the Housing Sites plans.

To quote a North Bay Organizing Project press release: “In the aftermath of past disasters, state and local governments have continually prioritized policies that benefit real estate and developer interests over policies that would protect renters.”

For the creation of Affordable Housing (AH), if developers take the county’s density bonus option with a 40% AH inclusion, that is the best market rate scenario. The county density bonus is quite good; the city should do the same. This density bonus should be pushed on any of the city’s south side parcels in the sphere of influence that is looking to be annexed into the city now.

Fielder and candidates like her are worth supporting. Weiner has gone to the dark side, but like many corporate democrats, tries to hide this with a green-washed, market-rate, low-inclusionary housing numbers voodoo which sounds good but that fundamentally elides social sustainability and climate justice in the details.

Mainstream liberal actors just don’t seem to be able to see their way out of the market rate box. This mirrors similar tensions within the Left and the democratic party at the national level.

Regardless of ideology and regional politics, what plan will pragmatically help the most working-class and lower area median income (AMI) people be affordably housed? What when the state’s complicated new eviction moratorium bill makes it so poor tenants need lots of legal help and evictions, and median rents go way up? Where will people go?

It is not sustainable to allow the poor to be externalized and for Sonoma to keep on sorting more wealthy and white. Social sustainability is integral, an equal priority along with the economy and the environment, not an afterthought.

The eviction moratorium class battle has tipped to the moneyed interests’ favor at the state level. The California Apartment Association is dominant. State-level “liberal” legislators all have their fingers in big pots of corrupting money. With a C-19-fueled exodus of wealthy big city dwellers to the suburbs, housing prices in Sonoma Valley will only get worse, as landlords evict to remodel and sell/ rent to wealthy new-comers. AMI will also be skewed higher and thus add to the creation of more homelessness because there will be less Affordable Housing actually accounted for at the lowest ends. This is not a pretty picture. If all politics is local, are our local politicians nimble enough to address these issues? Or will we see the same pattern as at the state level?

In a super wealthy region, there is no money? What about Public Banking so we can better control our own fate? Again, the grassroots points the way: the people’s money will better help on Main Street, Wall Street money always goes to the 1%. Besides, to not address social sustainability means having to pay more later anyway. Find and get the money!

It’s time to take a stand. Mile’s Law states, where you stand depends on where you sit. This has a moral element. Where do we as a community sit here? Where will we stand? Are we helpless in front of moneyed interests and faceless LLC Wall Street housing investment vehicles whose only goal is profit? Why would anyone trust the market to fix anything for which it is the true source of the problem? That’s like going back to dealers to fix a heroin addiction.

Dark clouds are growing. We need plans and mitigations to help with the looming Bay Area housing crisis. Sonoma Valley needs a centrally-located homeless camp, so that our evicted people do not just get externalized. Sonoma is the center, the leader; time to lead and not evade. Don’t hide systemic inequity here, let the community deal with the coming loss of social equity and social sustainability front and center. Give the evicted a place to go.

The place to put the coming tide of homeless will be on one of the four state-owned parcels in the Valley that can be had for free. I suggest part of the Vallejo field by the Congregational Church, there you have space, support facilities, people who care, and infrastructure to tie into. Homeless advocate Annie Falandes could be brought in. Other grassroots groups could be included at the decision-making table, to keep plans honest.

A Jackie Fielder-type approach to housing issues would be bold, and out of the capitalist, problem-causing, market-rate box. It would account for the increasing hurt put on the little guys, exactly what’s needed when we aren’t going back to normal.

One thought on “Where will people go?”