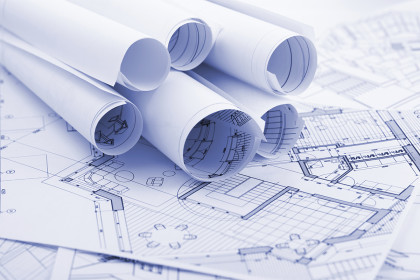 The city Planning Commission held a meeting on 9/10/20 and one of the agenda items was updating the city’s Housing Element. The staff report gives a concise description of the update process. A PowerPoint slide presentation of this agenda item is available from the city on request.

In aggregate, these plans, elements, and processes, which are all being updated now, represent critical baselines for decisions made about city planning and the city’s housing future.

The State Department of Housing and Community Development (HCD) says, “Since 1969, California has required that all local governments (cities and counties) adequately plan to meet the housing needs of everyone in the community.”

RHNA (Regional Housing Needs Assessment) is a housing capacity mandate, required by state law, administered through HCD and the Association of Bay Area Governments (ABAG.) The city Housing Element has to conform to these mandates. Through RHNA, ABAG will allocate a total number of housing units that the city has to show is possible to build. These potential housing units must be at costs relative to the area median income or AMI. RHNA goes in eight-year cycles, the 6th cycle will start 1/23.

The city will get an approximately 240% increase, to an estimated 450 units (up to 600), in the coming 6th cycle RHNA housing allocation. The city only has to show it is possible to build this housing and is not obligated to actually build it. There is no penalty for not building.

The 6th cycle RHNA allocation will be pegged to the following AMI and proportion of total sites:

One, the city can appeal the higher RHNA allocation numbers to HCD and seek to get the number reduced, to a level seen as more appropriate to Sonoma. As per Planning Commission discussion, an appeal option would assume ABAG planners are out of touch with local conditions, and that the increase is too high, and that Sonoma does not need higher housing numbers, because Sonoma is a small, non-urbanized town.

A countervailing argument would be: the city paid $25,000 for a consultant to do a mid-2019 Housing Our Community series, and the 40 or so members of the public who showed up for each of the three sessions came to a consensus at the final meeting that there should be 735 units built in the next 10 years, with 52% of them being deed-restricted Affordable Housing. These numbers are equal to or better than the anticipated 6th cycle RHNA allocation of 450. If the city appeals 6th cycle RHNA on the basis that it is too high, inappropriate, and was devised by out-of-touch, out-of-town ABAG planners, that would be going against demonstrably local, in-touch citizen’s recommendations for what they feel is an appropriate and reasonable housing aspiration.

Two, the city can find in-city vacant land and use that to show there is the zoning potential to build 6th cycle RHNA allocations there. “Vacant land in the city” has been a point of contention in the 2020 UGB ordinance. The dispute has been over what language would or would not make the ordinance friendler for Affordable Housing, or if the UGB and housing issues are even connected.

The city council voted unanimously to take this vacant land clause out of 2020 UGB ordinance (Measure W) language, under the premise that this clause might be a “poison pill” that would make Affordable Housing annexation less likely. UGB supporters put, as per staff description, tremendous pressure on the city to keep the “vacant land in the city” clause in the ordinance; and ultimately it was.

UGB supporter’s intent was that by finding space for in-city vacant land RHNA allocations, that would reduce pressure for extra-UGB annexations.  The city attorney’s supporting rationale was that keeping vacant land language in would lower the chance of a UGB CEQA lawsuit about the rate of such hypothetical annexation development. UGB proponents want the city edge protected because green space and rural character are among their highest values. But this then forces development pressure, as manifested by the RHNA allocation, back into the city.

An aspiration by Citizens for the UGB, who have clear support from many Planning Commission and council members, has been to put a lot of this vacant land RHNA allocation on West Napa Street, by rezoning commercial lots and parking space. It remains to be seen how far the city can get to satisfy the RHNA allocation with this vacant land in the city option. Planning staff did not seem to think this option was a home run. All planners reasonably look for vacant land for the potential to build into. This is what the Springs Specific Plan did with the Donald Street area.

Three, the city can use 4th and 5th cycle RHNA repeater sites, but if these have not been built on in the last 16 years, these sites will have to be rezoned to medium or high density and then development can happen by right on those sites, ministerially and with no discretionary review. Planning Commission members seemed to uniformly not like this option because it means a loss of “local control.” Rezoning in this case amounts to “upzoning,” and will face pushback from neighbors as the vacant land in the city option likely will as well.

Four, the city can annex parcels in its sphere of influence to take up the bulk of the RHNA allocation numbers, i.e., the south side sphere Merlo, Zepponi, Doyle, and other properties. The city can also, as allowed by the 2000 and 2020 UGBs, annex extra-sphere parcels, like the 285 Napa Rd. site that Habitat for Humanity was looking at. Who favors these annexation options will depend on many political and planning preferences.

This is all complicated stuff, and the public generally does not master the details. Like many complex policies, things can get reduced to slogans. The bottom line is pragmatic, after all the political preferences and interest-based jockeying for position is accounted for, how to actually get the required RHNA numbers? With all the above options, each has pros and cons, and a vested cohort of stakeholders for or against various options and aspects. The city will have to show that whatever RHNA options are taken, that these are possible and plausible. There appears no pure path for anyone’s planning and housing preferences and interests, and all are headed to muddy river country as to how the 6th cycle RHNA will be satisfied.