No on W, bottom line 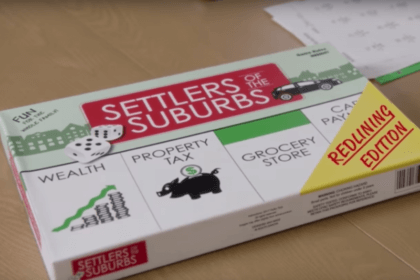 Voting NO on W will not make the urban growth boundary (UGB) go away.

The ordinance will stay in place as an integral part of the city’s General Plan policy. The only difference is that if Measure W fails, the City Council could vote to make changes. If the council does nothing, the UGB stays exactly as it is now. There is zero chance the current or future City Council – who are predominantly pro-Measure W – will vote for changes or usher in a wave of luxury development. Saying the council would sell out like this is an insult to them and a scare tactic.

The specter of “sprawl” is a red herring. The ordinance in place allows only 20 acres over 20 years. That’s 1% of city land. 1% is not sprawl.

If Measure W proponents claim to have such a strong affordable housing provision, why the poison pills?

Poison pill #1: The fourth-fifths Council majority vote requirement. Ditch this and return to a simple majority. A four-fifths threshold is an undemocratic Machiavellian power play.

Poison pill #2: The hard five-acres-a-year requirement. If 20 acres total is allowed over 20 years, a larger fraction than five acres per year should be allowed. The environmental impacts of 20 acres will stay the same. The hard five-acres rule was specifically put in place to block the possible 6.3-acre Habitat for Humanity project at 285 Napa Road.

Poison pill #3: The requirement that there be no vacant land in the city before an annexation for affordable housing can happen. Ditch this, prevent endless stalling, and allow the city to assertively address its demonstrable segregation and start making up its affordable housing deficit. We are only talking a possible 20 acres anyway. Again, 20 acres is not sprawl. A small amount of social equity won’t destroy all of nature; and social equity is needed for sustainability.

NO on W will force the city to do the UGB environmental review it should already have done, which will allow these language changes. NO on W will send a signal to the city to stop weaponizing the environment against social equity. NO on W is a vote for reasonable inclusion, not inflexible exclusion. NO on W tells the council to take out the poison pills. Then the ordinance can be integrated with the city’s Housing Element update in 2023, and locked in as a 20-year voter-approved measure. No harm, no foul. Then maybe a very small amount of city-edge development can contribute to integrating Sonoma.