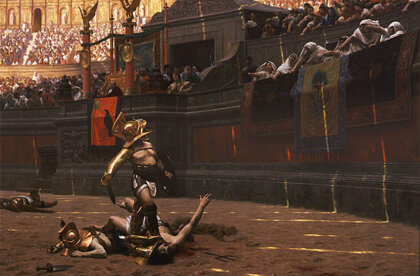 During my many years in local politics and as a community activist, I’ve been subject to plenty of criticism, some of it in print and some of it in person; it’s the price I pay for speaking out and taking action. I’ve been called a “socialist,” “manipulator,” “chain store bigot,” and a variety of other epithets in newspaper editorials and letters, and while serving as Mayor a couple of times, “stupid,” “ignorant,” and “an idiot” in public comments at City Council meetings. Like they say, “if you can’t take the heat, stay out of the kitchen.”

Occasionally, things would ramp up to a higher level, like the time an upset property owner in town appeared before us at a council meeting and threatened to return with his gun if the subject of annexing his property ever came up again. That got my attention. And there was the time I received a letter in the mail postmarked from Alabama. Something I’d said had gotten my name added to a list compiled by an ultra-right-wing group intent on intimidating politicians. The letter referred to my comments, and then went on to threaten to shoot me and my “kike mother.” As letters go, it was a keeper.

History notwithstanding, count me surprised last week when after joining some friends to chat at the farmers market – duly masked and socially distanced, I should note – a wealthy and well-respected member of the community pointed his cane handle in my direction and told me I should be shot. His mask prevented me from seeing whether or not he’d smiled as said it, but he sounded angry. He had been on the losing side of the Urban Growth renewal measure on the recent ballot, and unhappy about it. But, I “should be shot”?

The Trump era has unleashed a fusillade of violent language, and it’s seeped its way outwards in ways that surprise me. I keep telling myself that human society has progressed, that expressions of violence are a relic of the past, but then I watch and read the news about gun-toting extremists chanting toxic slogans, shooting and stabbing counter demonstrators. Videos of police killing unarmed black men, peaceful demonstrators gassed outside of the White House, and an uncovered plot to kidnap and kill the governor of Michigan repeatedly pop my bubbles of belief in human progress.

We’ve somewhat sublimated the violence of warfare through professional sports, where the damage inflicted to crashing bodies and brains over possession of a ball is mitigated by rules and referees, but something tells me that if swords were put into the hands of linemen, television ratings would skyrocket. I fear we’re not all that far away from roaring crowds filling the ancient Roman Coliseum enthralled by the gory spectacle of torn and bloodied bodies, now the computer-generated mayhem of myriad video games played by millions of young men. Our customary rules of behavior – the Ten Commandments and all that – were put in place because, despite the hopes of police-beaten Rodney King, we can’t “just get along.”

Freedom of speech is tricky; telling someone they should be shot is simply wrong, and that it was said in front of others makes it even worse. Violent language leads to violent acts, and the more acceptable violent language becomes, the more likely the violent result. It’s time to “dial it back” not “ramp it up.” Words can become bullets, after all.