You don’t need to know much about gambling to know that California’s relationship with the hobby is somewhat complicated. The Golden State is known throughout the country and the wider world as a progressive place, but it lags behind many traditionally conservative American states regarding the freedom to gamble or pay money to take part in games of chance.

Against that confusing backdrop, the state is about to become the battleground for a series of lawsuits involving some of the world’s largest technology companies. The outcome of those lawsuits could have far-reaching implications for all Californian residents, including, of course, those living in Sonoma Valley. 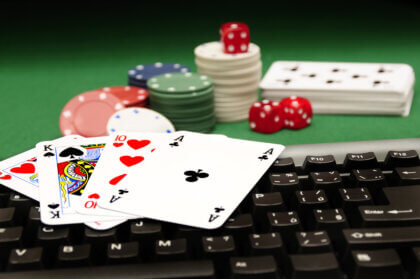 If you only have a little time to spend with us today, here’s the short-form version of what’s going on. Several tech companies, the largest of which is Apple, is currently being sued because it’s allegedly provided customers with access to illegal gambling games in violation of several state or national laws. Apple, as one might expect, fiercely denies the accusation. The claim’s specifics are that Apple’s App Store allows users to purchase or download “casino-style” games that are similar enough in execution to constitute illegal gambling. Apple says it doesn’t make the games, acts only as a distributor, and is compliant with all applicable laws. The lawsuit is complicated and might ultimately involve six separate class-action suits, all of which ought to be tried and examined under the same jurisdiction. The US District Court for the Northern District of California has now been selected as the appropriate theater.

That suits Apple just fine, as the company is based in the state along with all necessary documentation and many vital witnesses.

The longer-form version of the story goes a little more like this. Apple is effectively being accused of turning a blind eye to the apps it sells through its App Store so long as the developers of those apps ensure that Apple receives its 30% cut of the profits. If the complainants can prove the allegation, the fines and penalties leveled against Apple are likely to be enormous. The complaint, which has already been lodged with the court, says that App Store customers spent more than six billion dollars on “virtual” casino chips in 2020. Apple’s cut of the proceeds would, therefore, have been $1.8bn at the least. Suppose the court finds that Apple made that money via illegal activity. In that case, it’s reasonable to believe that the court will ask the company to pay the full sum back along with any penalties imposed for improper conduct. The reason that California is so attractive a choice to the lawyers who’ve lodged the complaint is the state-wide ban on slot machines. The apps in question simulate slot machines’ actions, and so the complainants feel that the law has been violated.

Presuming the case is granted clearance to go ahead, the way these ‘slot games’ are played is likely to be the most contentious issue. California has not yet quite managed to come to terms with the internet age when it comes to gambling. Technically speaking, it’s illegal to play online slots in California, but the law is only thought to apply to online slots websites that are hosted in California. If, for example, a customer accesses a non-California based slots website like roseslots.com, they wouldn’t violate any laws. As it’s currently written, the law takes no position on whether any subsequent winnings would be considered criminal in origin and ought to be forfeit. In practice, thousands of Californians spent money on foreign or non-Californian online slots websites every day and aren’t charged with any felonies. This is sometimes seen as detrimental to California, as money is being spent on internet-based gambling within the state, but the proceeds and profits from that spending leave the state without benefiting it in any way.

Any chance of having the situation resolved in the near future appeared to fall by the wayside last year when yet another delay was announced in the battle to bring sports betting to the state. Several bills have been drawn up and discussed in the four years since the US Supreme Court paved the way for sports betting to be permitted on a state-by-state basis. During those four years, many states have made hundreds of millions of dollars in revenue from the activity. California has not. The last significant holdup came in July 2020, and it’s not currently thought that a new bill or vote is likely to appear on the legislative agenda during 2021. As any sports betting proposal would almost certainly include a proposal to allow people to place bets on sports via the internet, the two issues are now connected.

Returning to the topic of this specific case involving Apple, it’s likely the issue will be decided by the question of whether the slot games that Apple has allegedly permitted customers to download can be deemed as having a physical address. The games are sold through the internet and played through the internet using a phone or a tablet. Does that mean that they’re based on the internet, or are they based in California because the device used to download and play them is in California and belongs to a resident of California? That’s a difficult question to answer. Suppose the court decides that the games are played in California because of the location of the device used to play them. In that case, that means the theoretical exemption that currently applies to out-of-state online slots websites would no longer exist. If, on the other hand, the court decides that the games are played through the internet, then theoretically, every form of internet-based gambling would have the green light to sweep into California. That would probably include several sports betting companies, who would likely make vast sums of money from the activity before California’s regulators got the chance to pass a bill or put together a proposal. This isn’t an issue that’s getting much mainstream press attention, but it’s likely to be a watershed moment in terms of California’s relationship with gambling.

Given the complexity of the issue, this matter isn’t likely to be resolved quickly. It’s also possible that the courts won’t resolve it at all. If the court is forced to make a ruling, the implications would be enormous, and multiple businesses and individuals would be affected. Don’t be surprised to see this one settled outside of court for that reason.