Which Crystals Cannot Be Together? 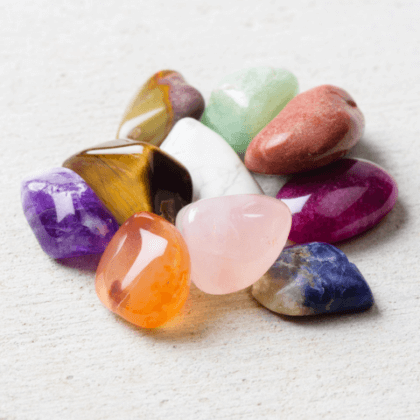 Crystals were first discovered as an alternative medicine for healing. Now, crystals are becoming famous for the effects and unique traits that it gives to its owner. Acquiring a crystal and bringing them with you promotes physical, spiritual, and mental healing.

Some crystals negate negative energy, boost your mood, calms you down, amplify your energy, motivate you, interact positively with your body’s chakra, alleviate stress, ignite creativity, and many more. There is no proper explanation of why people believe that crystals can give different vibes and have special powers, but the power of these crystals lies in their beholder’s eyes, so the more you believe in it, the more you will feel its power.

Crystals and Gemstones are fascinating and beautiful. Each stone possesses different energy and gemstone meanings. In theory, their energies can repel and supplement other crystals. That’s why specific stones shouldn’t be paired together.

Carnelian crystal boosts a person’s energy, while Amethyst calms your energy down. This means that they will cancel each other out and send a confusing signal into your chakra.

As a result, you will feel uncomfortable and uneasy because your chakra would be confused if they would boost your energy or calm you down. It would help if you tried to think of what you want to achieve. In that way, your crystals will gravitate towards that situation and try to use it as a supplement. For example, if you’re going to paint something, you can use your Carnelian to boost your creative energy, and if you are angry, use your Amethyst to calm you down.

When people get depressed, they usually use their Red Jasper crystal to boost their energy together with a Blue Lace agate to calm them down and slow down their emotions. Little did they know, combining Red Jasper with Blue Lace agate when you are depressed is a bad match-up.

Red crystals are known to amplify your energy, and if you have low energy, a red crystal will boost that low energy, which will make you more depressed. When your low energy is increased, the blue lace agate will slow down the process, which will cause you to feel down for the rest of the day.

Red crystals are more dominant than green ones, which means your energy will most likely be amplified first than calming you down. As a result, you will become more nervous and more tense before your job interview.

4. Sunstones and stones that are associated with Saturn and Venus.

To unleash the full capacity of your sunstones, avoid mixing them with antagonistic stones with vibrational frequencies. If you have rubies, don’t mix them with garnet, sapphires, and diamonds because they don’t work together.

Rahu and Ketu in Hindi folklore cannot be placed side by side. Gomed is the gemstone of planet Rahu and Cat’s eye represents planet Ketu. If you have a Gomed crystal and a Cat’s Eye crystal, it is like you are inviting negative energy and evil effects to your life. If they are mixed, Gomed may bring indulgence, mental illness, theft, death, restlessness, and many more negative things into you.