Mapping a plan in case of emergency 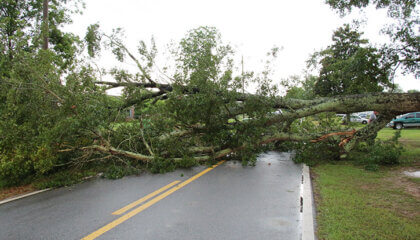 When an earthquake hits, many people react by gathering their family and running outside. But what happens after that?

Do you know who lives three doors down from you? Will they need extra help? What happens if a natural disaster stretches thin the resources of our local first responders, and neighbors are forced to fend for themselves for the first 72 hours before outside help arrives?

Taking a proactive approach to neighborhood emergency preparedness is the goal of the Map Your Neighborhood program, which is gaining momentum in Sonoma Valley. Two local women spearheading this effort are long-time Sonoma Valley residents Iris Lombard and Dana Bravo.

The project was developed thanks to the efforts of the Springs Municipal Advisory Council’s Emergency Preparedness Ad-hoc Committee. The committee did the investigative work to find an emergency preparedness program that it thought would best meet the needs of local communities.

“Map Your Neighborhood mirrors what happened during the 2017 fires when small clusters of neighbors came together to look out for each other,” explains Lombard. “They kept in contact when someone left to go stay somewhere and wanted updates on what was happening in Sonoma. People supported each other with information about where to get supplies and how best to respond to fire threats that were happening close to their homes. Map Your Neighborhood reinforces those connections.”

Lombard, previously on the Ad-hoc Committee, is now part of the Map Your Neighborhood leadership. Working with Iris is Dana Bravo, Map Your Neighborhood Outreach Coordinator. The duo has spearheaded this program since summer 2019. Dana’s position is funded by the grant and she works as an employee of the Sonoma Ecology Center. A requirement of the grant was oversight by an existing nonprofit.

Map Your Neighborhood started in Washington State and is now being used to connect neighbors and organize information and resources in over 40 states.

“It is solely driven by neighbors connecting with neighbors,” says Bravo. “Other communities that have experienced disasters, and established Map Your Neighborhood programs prior to the disaster, have evidence that shows how lives were saved and protected and that damage was minimized in their communities thanks to pre-planning within their neighborhoods.”

“Despite the pandemic, we have made use of technology to get the work out about the program and recruit neighborhood leaders,” she says. “We are building on what we already know.”

“We want to encourage people to be prepared to take care of their own families,” says Bravo, herself a Block Leader. “This program takes the preparedness to the neighborhood level.”

For more information about the program and volunteering, contact [email protected] or 707.202.8134.