My father, the Pinball Wizard

Chapter 16: 1933 • Los Angeles, California ~ Shortly after their marriage and with my father’s job in Colusa finished with the completion of the Sacramento River weir and bridge, my parents moved to Los Angeles. His employer, Frederickson & Watson, had a new contract to reconstruct a portion of the Grapevine (Highway 99) in the San Joaquin Valley. A hard worker, Dad was always employed, even through the Depression when many were without jobs.

My brother was conceived in Los Angeles, but Babe and Carl went to Chico for the birth so Nellie could help her youngest with her first child. Larry was born in January 1934 in the Van Ornum Maternity Home in Chico, a “blue baby,” the umbilical cord wrapped tightly around his neck. A couple of weeks after the birth, the young couple and their newborn son returned to their home in Los Angeles, launching the next generation of family stories.

1934 • Watsonville, California ~ In 1934, Carl and Babe moved to Watsonville, a small agricultural town on the central coast 95 miles south of San Francisco. They wanted to be near Babe’s sister and her husband, Verda and George Day. Carl got a job working for the Union Ice Company through George, who became his closest friend. For years he worked with him at Union Ice, first as a deliveryman, then moving up through the ranks as a manager. Along with regular home deliveries, Carl filled commercial ice vending machines, delivered to all the restaurants, and to the huge army base filled with hundreds of tents and soldiers near Watsonville. He also delivered ice to all the bars, where he discovered pinball. 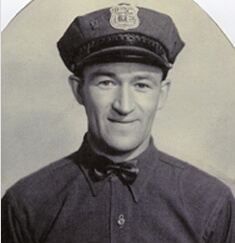 My father was a big man who could easily influence a game’s outcome by bumping the machines. It wasn’t long before he was obsessed with the din of the chimes, bells, and buzzers, his hands feverishly working the controls as he smacked the balls against the pins. He became an expert, often playing a few games at the end of a long hard day. When there came a couple of months he and Babe didn’t have enough money to pay all their bills, it scared him. He realized how many games he’d played at a nickel a play and how much money he’d wasted, not to mention having to face Mom’s wrath. He never touched a pinball machine again. He’d also recalled his past and the loss of his grandfather’s watch playing poker.

In 1929, his brother Louie died on his twenty-fifth birthday back in Minnesota when he rolled his coupe returning from a trip to town to buy birthday candles for the cake. Carl bought City Bonds with the inheritance from the brother he loved so much. He lost the bonds in the same poker game he sacrificed his beloved grandfather’s gold-plated watch; he must have won the watch back at some point, as it rests on my brother’s mantel today. His future gambling was limited to he and Babe going to Bingo, or he to an occasional Thursday night poker game at the Elk’s club where he was careful, very careful.