Prospects Of California’s NBA Teams Heading Into Next Season 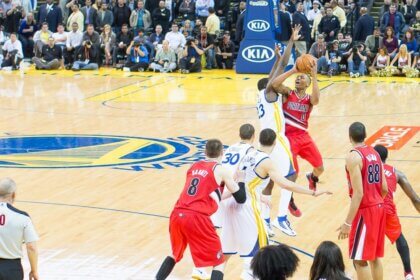 California is a basketball location, as many folks are already aware. They boast the Lakers and Clippers from Los Angeles but there are also two other teams that persons from outside of the United States might not know are Californian organizations.

With the 2021/22 NBA season to begin on October 19, we take a look at the futures on California’s four teams.

The Los Angeles Lakers are the overwhelming favorites to win the Western Conference next season and, where a championship is concerned, they’re right behind the Brooklyn Nets. Of course, Kyrie Irving’s vaccination status could affect the Nets’ odds moving forward and the Lakers could be top faves by the end of the first week of the season.

Team management has put a formidable team together going into the campaign, having added the likes of Russell Westbrook and Carmelo Anthony to a team already boasting LeBron James and Anthony Davis. They have also brought Rajon Rondo and Dwight Howard back, two players who were key to their title win in 2020, while Kendrick Nunn and Malik Monk have also joined.

The Warriors seem like the only credible threat to the Lakers in the West at this point but there are some teams who will be in the conversation. The Phoenix Suns made it to the finals last year while the Utah Jazz have one of the best teams in the NBA. The Portland Trail Blazers will have their word as long as Damian Lillard is around and the Denver Nuggets could also cause some trouble. Fans shouldn’t count the Dallas Mavericks out either.

As mentioned above, the Warriors appear to be the only legitimate threat to the Lakers right now and will open the season with a match against them. Having Klay Thompson back will be a huge boost for the team, who has had to watch him struggle on the sidelines for two seasons. Steph Curry is still Steph Curry and Draymond Green is still around. Andre Iguodala is back after spending time with the Memphis Grizzlies before helping the Miami Heat reach last year’s NBA Finals and his veteran leadership will be key to the locker room.

“He’s confident, he’s energetic, he is in a good space mentally knowing that this has been a long two years for him,” Curry told ESPN’s Cassidy Hubbarth on his partner in crime during a Summer League game back in August, (H/T NBC Sports). “We’re not going to keep reminding him of how long it has been, but he understands the work that is ahead of him and the opportunity that is ahead of him to come back to be the Klay that we all know and love and that is what his expectations are.”

Should they get the backcourt partnership of Steph and Klay back early enough, there’s every chance they could return to the glory days of a few years ago.

The Los Angeles Clippers would have definitely been right up there had Kawhi Leonard been healthy but, sadly, that is not the case. Leonard is likely to miss the upcoming term in its entirety yet only six teams are in front of the Clippers when it comes to the favorites for the title and insiders have picked them as a top sleeper team in the West. The Clippers are 13/2 to win the conference.

Whether or not Kawhi returns late in the season will have a huge bearing on how things pan out in the West this year and the NBA picks will reflect as much. While initial reports ruled him out, ESPN claims he signed his new deal with the intention of coming back during the season.

“Leonard is expected to miss a good chunk of time but revealed he signed a long-term contract with the Clippers in hopes of returning this season,” the publication reports. “Had he taken a shorter-term deal like a one-plus-one deal, Leonard said he likely would not have tried to come back this season to minimize risk.”

The Sacramento Kings aren’t really in the conversation as they aren’t expected to challenge for Western Conference dominance or affect the race for the championship but they are in California.

Sure, they have the capability to surprise given that they have exciting young players in De’Aaron Fox and Tyrese Haliburton in their ranks while they managed to snag a top veteran in Tristan Thompson and drafted a very promising guard in Davion Mitchell. Buddy Hield is also one of the NBA’s most proficient shooters from long distance.