SDC: Speak up now or forever hold your peace 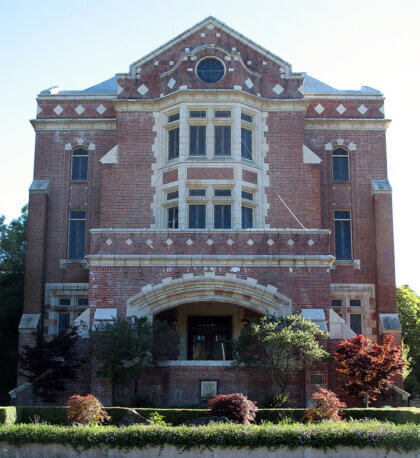 We have a once-in-a-lifetime chance to change the fate of our Valley. We can support a creative, future-looking proposal for the development of the 945-acre campus of the former Sonoma Developmental Center (SDC). It can provide sufficient truly affordable housing, arguably our single greatest need. It can address, not contribute to, climate crisis challenges locally. But it is imperative that your make your voice heard immediately.

We are almost two-and-a-half years into the planning process for this campus. Three years were specified by California when it granted the county agency Permit Sonoma the unique opportunity to create a proposal for this incredible public resource.

The state set a few parameters for the proposal: that it protect open space and natural resources as a public resource; that it make housing a priority, including affordable housing and housing for individuals with developmental disabilities; and that it “pencil out”, that is, its development be self-sufficient and not dependent on financial support from local or state government.

Permit Sonoma used the $3.5 M grant from the state to hire a professional planning firm, Dyett & Bhatia. And the Supervisors appointed a Planning Advisory Team (PAT), comprised of 15 private citizens mostly from Sonoma Valley, to give input. This past week has seen a rollout of those planners’ three draft alternatives. The proposals do not correspond to the “guiding principles” articulated by the planners. A cornerstone of all three is a hotel, and lots of market rate housing, with only 25% ” affordable,” and that using guidelines that favor developers.

In response, a majority of PAT members at the November 12 meeting felt there needed to be a fourth, smaller alternative. Then on the 13th, at the first of three public meetings, when over 200 citizens joined a battery of planners and county staff on Zoom, in the small breakout sessions over 75% of those attending preferred a different alternative. They wanted no hotel, attention to traffic and to greenhouse gases, expansion of the wildlife corridor and creek protections, and much more affordable housing, up to 75%. At the even larger Zoom meeting on the 17th, where the three alternatives were presented to the Springs MAC (Municipal Advisory Council), the North Sonoma Valley MAC, and the Sonoma Valley Citizens Advisory Commission, there was ire at the planners for having ignored public input from the 2019 meetings, an overall thought to build less housing, and of that built, affordable housing should make up a much greater percentage than the specified 25%.

Decisions about this public-owned property will change the destiny of our Valley. We can become a model of social, economic, and environmental action. Or we can allow market forces to prevail, neglecting housing for the workforce, installing 20th century infrastructure, giving our best resources to tourism, failing to expand environmental protections, overbuilding in a drought-and wildfire-challenged area.

The Sonoma Ecology Center has provided a exciting, creative vision that addresses the social and economic possibilities together with the environmental, acknowledging that all these aspects are inseparable. Read it here. The Kenwood Press offered its detailed the critical response to proposals: Read it here.

Supervisor Susan Gorin urges your participation now: “I look forward to rigorous, constructive conversation and visionary ideas as our community considers the options for what will ultimately be transformative for our region.” See the Supervisor’s column for many more details.

We urge you to make a Thanksgiving commitment to the future of life in our Valley by making your voice heard. Despite the interruptions of wildfires and the pandemic, the state has not budged on the three-year timeframe, so your comments must be submitted before November 28. Deadline to weigh in on the official survey on the alternatives is November 23. Find the survey here. Plan information is available here.

4 thoughts on “SDC: Speak up now or forever hold your peace”