Saving the world. Who’s got the energy?

Posted on January 7, 2022 by Stephanie Hiller 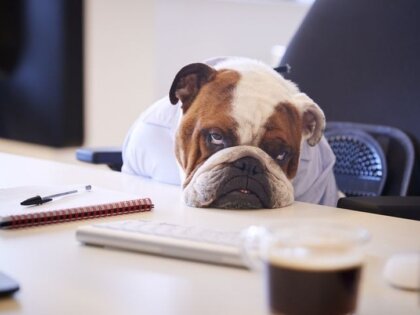 In Nation magazine, political commentator John Nichols, in an editorial titled “The Mess We’re In,” writes that “the Democrats must bring clarity to a chaotic national discourse that Republicans are gleefully disrupting…”

Yes, except we’re all sick with disabling Omicron – may not kill you but it sure stops you in your tracks – and Democrats or not, the people in charge of the medical diktat really don’t sound very self-assured these days.

Meanwhile, the social order continues to unravel. Chicago teachers in a late night vote decided not to go back to school this week, charging that the district is failing to protect students and staff and enraging the city Mayor. San Francisco is having this discussion right now.

Staying home from school is allegedly bad for kids’ mental health, which may be because parents’ mental health is not too great with all the added pressure they face, working at home while trying to run a home school.

Airline employees also don’t want to go back to work. Lack of adequate staffing caused many flight cancellations over the holiday season. The airport was clearly the most unsafe place to be in a pandemic; many travellers came back with covid, and spread it around on arrival, thank you very much.

I can’t possibly summarize all the squabbles that are taking place, not even counting the absurd narratives put forth by Repubs and some even crazier liberals also awaiting the second coming to take shape after the global free-fall has run its course, however long that will take.

But the new year is bringing forth some positive visioning. Klaus Schwab, founder of the World Economic Forum, has just come out with a new book, currently offered free on kindle, The Great Narrative. Schwab is definitely attuned to the current catch-phrases, whether he means what he says or not; forward-looking thinkers from David Korten to mystics you never heard of before have been calling for a “new story” for the human predicament for decades, and Schwab is not the only one who is finding jewels among the rubble.

While not touting a “new story,” Bart Hawkins Kreps has put together the elements of the new lifestyle he envisions in “Energy Transition and Energy Sufficiency,”  a Post Carbon society publication that may be designed to counter Richard Heinberg’s view that it really can’t be done (in his book, Power).

And at the other end of the scale, here comes Carolyn Brown and Andrew Harvey who, just a couple of years ago, sanguinely declared the end of the world, (Savage Grace) now following up with a new book about the “awakening” to follow: Radical Regeneration: Birthing the New Human in the Age of Extinction.

Awakening after the end of the world… it sounds pretty old-school Christian to me. But I’ll get back to you, I ordered the book (only $2.99 on Kindle).

And let’s not forget Paul Hawken’s new book, also called Regeneration: Ending the Climate Crisis in one Generation, a more practical handbook for finding allies and addressing any aspect of the climate problem that strikes your imagination, accompanied by a magnificent website at regeneration.org/

For all this hopeful visioning, reports on the state of the climate are still not encouraging; and the pandemic is helping erode the old world order, a collapse that some of us planned to be gleefully celebrating – that old white supremacist, capitalist right-wing order that could actually be winning the upcoming election if we don’t Watch Out.

But the truth is, a society in which it’s impossible to get a covid test because all the out-sourced providers apparently did not anticipate the demand, in which doctors and nurses and teachers and airline pilots are staying home, and the price of food and gas keep creeping upwards, is not exactly stable, and the damned inconvenience is enough to make an irritable covid-patient into a curmudgeon.

I have decided not to solve this wicked problem, nor even embrace any of the proffered New Story versions of a solution. Better minds are at work here, or at least people with publishing contracts.

I’m just retreating to my castle – or cave might be a better word for it – to wait and see, play with my new kitty, and maybe make some gluten-free golden brownies with chocolate chips.

I just had yet another birthday, and it put the cap on something I’ve been realizing for a while. I missed my chance (if ever I had one) for fame and glory and there’s only one thing more to do.

And enjoy the rain.

3 thoughts on “Saving the world. Who’s got the energy?”