Swiss Hotel is ‘Small Business of the Year’ 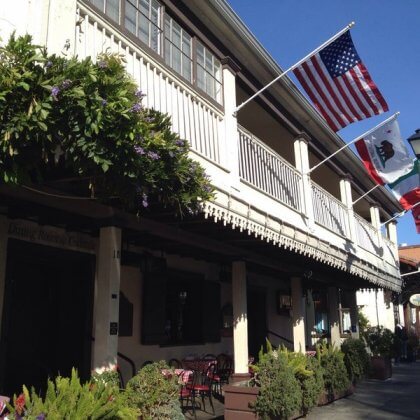 State Senator Bill Dodd has named Sonoma’s Swiss Hotel, the family-owned Plaza restaurant and hotel that has been serving guests from around world for nearly a century, the Sonoma County Small Business of the Year by Sen. Bill Dodd, D-Napa.

“When it comes to Sonoma businesses, the Swiss Hotel stands out for its unswerving quality and longevity,” Sen. Dodd said. “It is simply the quintessential family business whose owners have given so much to the community. I’m happy to recognize their achievement and wish them continued success.” 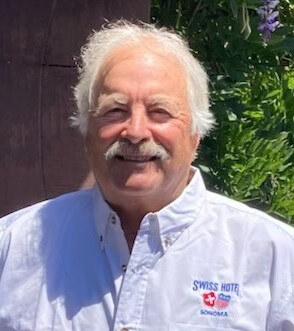 “Throughout the years I’ve enjoyed working with the public and it is gratifying to know someone thinks you’re doing a job that warrants this great honor,” said owner Hank Marioni, who is retiring in October after running the business for 30 years. “I certainly didn’t expect this. It makes me feel really good.”

The Swiss Hotel was founded in 1923 by Marioni’s great-grandfather, Mose Mastelotto, who came to Sonoma from Switzerland. It is located in a West Spain Street structure built by the brother of Gen. Mariano Vallejo in 1846. Marioni’s grandfather took over the business in 1930 and his uncle and aunt ran it from the end of World War II to 1991. When he took over that year, Marioni became the fourth generation of his family to own it.

Marioni, the father to two adult children, will hand the reins to a cousin’s daughter in two months. The Sonoma native said it has been a privilege to carry on the tradition while contributing to the community. Over the years, Marioni has given to the Boys & Girls Club of Sonoma Valley, youth agriculture and his alma mater, Sonoma Valley High School, where he helped raise funds for a new athletic track. 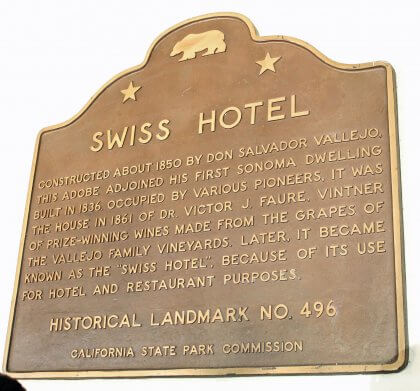