World Cup 2022: What Everyone Should Know 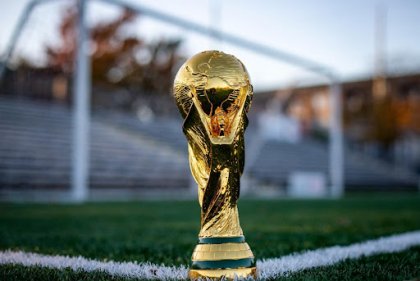 Photo courtesy of History Of Soccer

We’re only a few weeks away from the beginning of the 2022 FIFA World Cup, and this edition promises, at least, to be a unique one. It’s the first to hold at this time of the year and the last with the current world cup format before the big changes come in 2026.

Expectedly, journalists, football fans, pundits, and bettors are planning to maximize all football prediction World Cup tips and use them to win money when betting. That is quite understandable for an event as big as this.

However, before the big kick-off, here are essential things to know about the 2022 FIFA World Cup taking place in Qatar.

What to Know about the FIFA World Cup 2022

It will be the first World Cup to hold in an Arab country and the second to hold in Asia. It’s also the first holding during the winter, from late November to mid-December. The organizers chose this time of the year because ambient temperatures in Qatar during summer could reach over 45 degrees Celsius, which experts say is unhealthy for playing football.

The Mundial opens with a match between Qatar and Ecuador at the Al Bayt stadium and ends on December 18, which doubles as Qatar National Day. Qatar received the right to host the 2022 football showpiece in 2010. About a year later, various people made a series of corruption allegations against FIFA senior officials on the legitimacy of giving the hosting rights to Qatar. The allegations highlighted bribing the football governing body, among other things.

Internal investigations from FIFA cleared both sides of violating any rules. However, a top official of FIFA, Michael Garcia, described FIFA’s report against the allegations as containing many errors and incomplete representations. Having never qualified to play at the Mundial, Qatar is the second country to host the tournament, despite having never played in one after the first two tournaments. Japan also co-hosted the 2002 World Cup, playing for the first time at the event.

24 of the 32 countries playing at the 2022 FIFA World Cup played in the 2018 edition. The only debut team at the event is host Qatar, making this the first time a World Cup will hold without a debutant. The United States of America, Ghana, Ecuador, Cameroon, and Holland return to the Mundial after failing to feature in the 2018 edition.

Canada returns to the event after 36 years, making its second appearance in history. Similarly, Wales is playing at the event for the second time, after a record hiatus of 64 years for a European country, giving Welsh football predictions apps and experts some break from supporting only England for solidarity to flying their ‘own’ flag at the tournament.

Current European champions Italy and four-time title-holders failed to play at a second consecutive tournament for the first time in their history. However, the Italians are the only former title-holders absent from the event. They also are the fourth European champions to miss the upcoming championship after Greece (2006), Denmark (1994), and Czechoslovakia (1978).

Nigeria got disqualified during CAF’s final playoff round, losing on away goals to Ghana. The West African country had qualified for the last three editions and six out of the previous seven. Colombia, Egypt, Panama, Peru, and Sweden, who featured at the 2018 event, will miss out on the Winter World Cup. 2015 and 2016 Copa America winners will miss a second consecutive tournament.

South America fields Argentina, Brazil, Ecuador, and Uruguay, while CONCACAF has Canada, Costa Rica, Mexico, and the United States representing their region at the competition. Every participating team qualified for the competition by completing the respective qualifying campaign in their region or confederation. Russia, the 2018 host, got disqualified from the event due to the country’s invasion of Ukraine.

Some teams will have to feature at this year’s World Cup without some of their top athletes. France will have to cope with the absence of their shot-stopper Mike Maignan and top midfielders N’Golo Kante and Boubacar Kamara.

As the 2022 FIFA World Cup inches nearer, it’s fingers crossed as players, teams, sports journalists, and football prediction experts anticipate the quadrennial showpiece. With the final holding a week before Christmas in the Doha Stadium, the tournament will surely spring memorable surprises for teams and fans globally. The good news is that it could be an opportunity to make big bucks as a sports bettor.

With a few weeks away from the first winter World Cup, we summarize what you need to know about Qatar 2022, holding between November 20 and December 18.