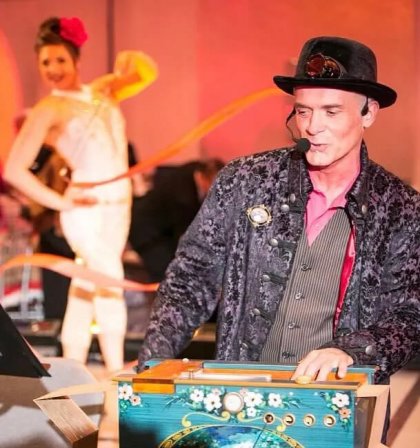 “Audiences in Sonoma are certainly some of the best audiences I have met for decades,” Michel tells me in English with a distinctive French accent, though he has lived in Sonoma long enough to remember when it was a smaller, quieter town. His accent gives his voice a certain, je ne sais quoi, as the French would say. Michel takes a deep breath and adds, “The Sonoma public is benevolent, curious, and enthusiastic. For artists, that’s a real treasure, and a driving force towards perfection.”

This year’s show is called “Gypsy,” and, while some might prefer the name “Romani,” it may not matter which word is used. Wherever they live and roam on the face of the earth, they are free-spirited people like Michel himself.

This summer he spent magical evenings with his “gypsy” friends near the city of Arles in the South of France. “Their festive rhumba-flamenco music, their enchanting songs, incredible voices and dances inspired me and allowed me to give birth to this year’s show,” he says. 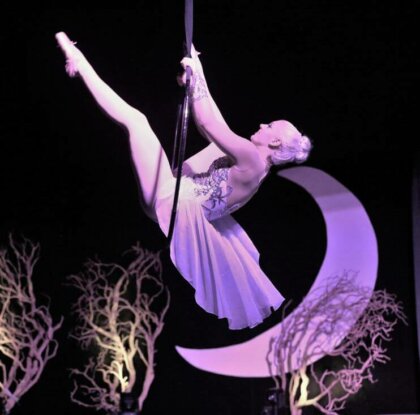 The cast of “Gypsy” includes a magician, a mime, a contortionist, a trapeze artist, a flamenco dancer, and surprises galore. As always, the entertainment makes Michel’s message easier to swallow. “The men in the show have to learn from the gypsies, whom they have rejected for centuries, to create a more peaceful world than the one in which we live today,” Michel says.

Born in 1960 in Montpellier in the South of France, he fled to Paris at the age  of 16, studied acting, and at 17 began what has been a rewarding career both in Europe and in the States in a variety of roles: acrobat, musician, storyteller, radio personality, and circus ringmaster.

If Sonoma audiences find Michel’s voice familiar that may be because they’ve attended Cirque de Bohème on previous occasions. Also, it might be because Michel provided an English voiceover with a French accent for Cars 2, the computer-animated spy comedy from Pixar. 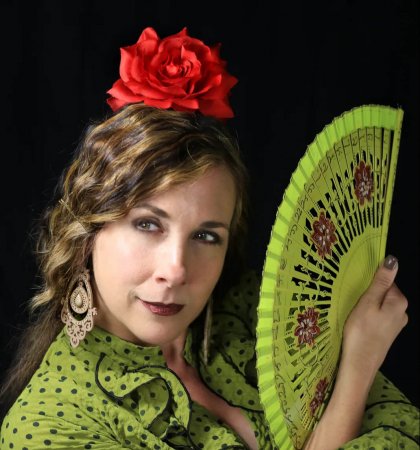 Seriousness belongs in Michel’s repertoire as much as playfulness. “I know I do not have the power to change the world and end its cruelties,” he tells me. “So I humbly content myself with trying to bring happiness and joy to the public who come to see and hear Cirque de Bohème.”

Loyal fans know for a fact that this season is its ninth. They would no more think of missing it than forgoing Thanksgiving Day with or without turkey, or forget about Xmas, Kwanzaa, and Hanukkah. The show goes on. It must.