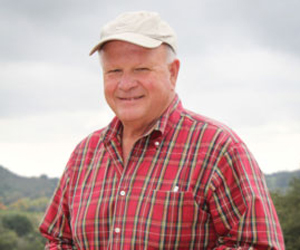 Comments from Tim Tesconi, the outing executive of the Sonoma County Farm Bureau:

“The bureau will soon hire a new executive director, likely someone from the next generation eager to lead us into the future. It will be a person who begins each day by Tweeting and posting on Facebook. But it also will be someone rooted in agriculture who knows which end of a cow gets up first or which end of the grapevine goes into the ground. Farm Bureau directors are reviewing applications of young, dynamic agricultural leaders eager to be Farm Bureau’s next Executive Director, guiding the way for this remarkable, 98-year-old organization and the future of Sonoma County agriculture.

Once Farm Bureau’s new Executive Director is in place, I will retire to my country property along the Russian River near Healdsburg where I will simultaneously begin attacking four acres of invasive Scotch broom and savoring the memories of an agricultural career spanning 43 years. I have been so incredibly fortunate over the last four decades to have had a front-row seat observing, chronicling and, most recently, helping direct the evolution of Sonoma County agriculture. During my time at Farm Bureau, I have witnessed firsthand the remarkable power of farmers and ranchers working together to preserve and invigorate the working farmlands that define Sonoma County. I will be thinking about all that as I whack away at the pesky Scotch broom.

My working career in agriculture started in 1972 when I was hired by executive editor Art Volkerts, a farm boy himself, as the farm editor at The Press Democrat, replacing the legendary Bob Wells. During my 33 years at the newspaper, I was privileged to cover and report on agriculture, fairs and farm youth, becoming part of the close-knit farming community. I got to meet and befriend farmers like Paul Mancini, who grew the sweetest prunes on the planet, and Earle Baum, the blind farmer who milked cows he couldn’t see. I reveled being in the sphere of agricultural visionaries like Rich Kunde, Warren Dutton and Robert Young and, oh, so many, many more.

As my late, great friend Saralee McClelland Kunde would say, “Whoopee, what a ride!” Indeed, it was an exciting ride for an Ag Nerd like me who salivated over annual agriculture crop reports and watched the weather well, like a farmer, to determine if frost, rain or heat spells would impact wine grapes or the apple crop.

The last half of the 20th Century was a time of rapid change for Sonoma County agriculture: in 1987 wine grapes triumphed over cows and chickens to become the county’s dominant and defining crop. Sonoma County transitioned from a backwater, jug wine producer to its prominent place on the world’s wine stage. There were stories about the last prune farmer and the closure of the last livestock auction yard in Santa Rosa.

There, of course, will be challenges ahead but Sonoma County has the land, climate, history, people – and extraordinary will – for agriculture to thrive and prosper for generations to come.