A troll down memory lane

Quick: In 45,000 words or less, can you describe what the world was like for you and your loved ones just five short years ago, in August, 2016?   With all that's transpired, you might not even remember who our President was back then.  No, not that guy; he didn't take office until 2017.   Yes, it's hard to believe he's finally gone but that's only because the audit of missing White House silverware and other valuables is not complete.    But it has been a hectic five years, so it might be a good time to just troll down memory lane to revisit The Good Olde Days when:  ~ Parents eagerly sent kids to school to practice math, English and mass-shooter drills.  ~ Our new school principals, teachers and administrators didn't quit until at least the end of fourth period. ~ Outer space was unpolluted by swarms of billionaires.  ~ Stimulus checks hadn't been invented, sent, or needed.  ~ Police were the Good Guys. ~ Restaurant tents and tables didn't clutter downtown streets and sidewalks. ~ Workers worried that they might not find another job if they were laid off. ~ City councilmembers served out their entire terms, and even ran for re-election. ~ Anti-vaxxers were a small cult who only sickened themselves. ~ The sex of newborns was announced by card or phone call, not high explosives. ~ Some local employers admitted that paying employees a living wage could ruin their business. ~ Kids were entrusted to the tender ministrations of priests and Boy Scout leaders.  ~ There were only two ways to answer the gender question on job applications. ~ Entering a bank while wearing a mask would trigger the alarm. ~ The hospital begged voters twice before enough voted to renew the tax that keeps it open. ~ Winter flooding was so common in Sonoma that the City provided free sandbags ~ The price of gas was $3.07 a gallon. ~ Republicans walked openly in Sonoma without fear of getting a surprise wedgie. ~ Armageddon was just a movie.

Alas, that blissful world of 2016 seems so long ago.   But not to worry.  Cable news and local Influencers insist that "A New Day is Dawning," we're "Sonoma Strong" and "All In This Together," and that the Masks Are Finally Coming Off.

Or, staying on.  CDC is the Official Mask Munchkin, at least for those parts of the country that still recognize the federal government.  As of press time, CDC has firmly somewhat impliedly suggested tongue-in-cheek that masks are "nice" indoors but not needed outside or in big rooms that feel like outside, and definitely not for those with religious objections and/or masks that do not match their outfits.

But for the fully vaccinated it's apparently OK (as of press time) to go maskless to outside parties (socially distanced), baseball games and all businesses that pay the city's Transit Occupancy Tax. But going maskless is probably not advisable for un-vaxxed tourists and other visitors from places with COVID infection rates so high that they've run out of ICU beds, ventilators, oxygen and gas for the crematorium. Yes, Toto, times are complicated but it's definitely not 2017 anymore!  As much or more than any period in the nation's history, things are again definitely Starting to Look Up . . . side down.
Continue Story...
Sonoma-based foundation expands megafire recovery and resilience outreach to 11 Western states

The Sonoma-based Rebuild NorthBay Foundation was formed in the aftermath of the 2017 Tubbs Fire with... Continue

Clash of paradigms II:  The way out

Conferences are something of a show, a stage for grandstanding of one sort or another, and putting on... Continue

• Stories from the Back of The House
• But what will I wear?
• Prestwood Elementary has new principal
• The daunting, harrowing predicament of finding a home rental

This pandemic forced everything and everyone to change. Normal life and all its habits have been overturned,... Continue

LETTERS:
• The daunting, harrowing predicament of finding a home rental

• Opinion: Pacaso is a lose-lose situation

More Letters...
• Get rid of the filibuster

• Selling out the neighborhood

Find What You're looking For 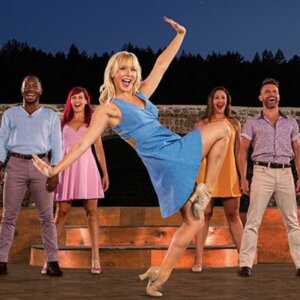 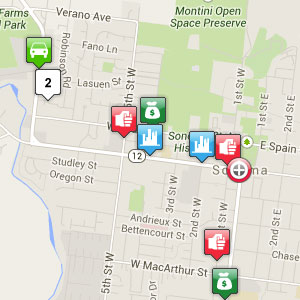