Ringo and Sonoma’s little day on the green 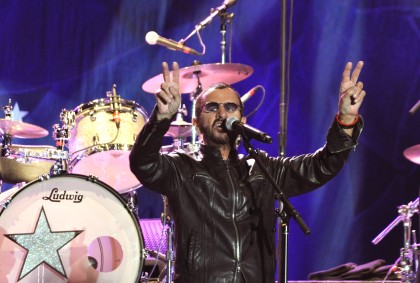 Ringo Starr and his All-Starr Band headlined The Sonoma Music Festival, a weekend of great music, fine weather and an outdoor concert vibe to match the old-school musical flashbacks.

The shows took place at an open, outdoor venue built for the weekend, and played much better to the sun-splashed crowd than they would have under a tent. 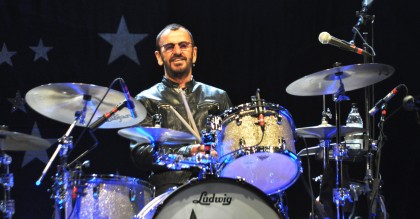 It was like a jewel of a minor league baseball stadium, for music. Small enough for a sense of intimacy but with all the big-venue trappings, like a huge, high stage, video monitors, and an audio system delivering crisp, lush sound at the requisite high volumes.

A perfect setting for those who swore off outdoor shows after trying to get to the bathroom at a Day on the Green.

The weekend opened with Chicago, still pitch-perfect with the harmonies and tricky chart shifts that made them a serious rock band, with horns — at least until the ballad period. (Still, syrup sells. Chicago is second only to The Beach Boys in Billboard singles and albums chart success among American bands). 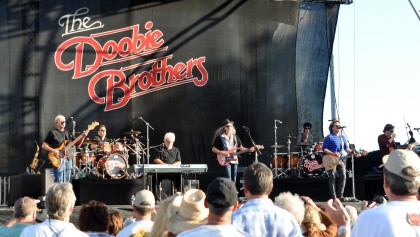 Sunday, The Doobie Brothers and rock crooner Michael McDonald headlined a long day of greatest-hit rock. Edgar Winter was followed by Greg Allman, who made way for the Doobies, a link, as the perennial featured act, to the festival’s “old days” at the B.R. Cohn Winery.

On Saturday night, after Pablo Cruise, Ringo himself took the stage with all-starr bandmates Todd Rungren, Greg Rolie (repping his early Santana years), Steve Lukather (from Toto) and Richard Page (the Mr. in Mr. Mister). Each member covered a tune or two from his personal songbook. The rest of the show featured the ever-hip Ringo singing Beatles tunes and a few of his own hits. 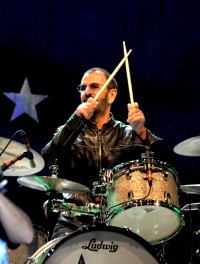 This is Ringo’s set list from his Thursday night show in San Francisco. Does it match the Sonoma concert?

Don’t Pass Me By
(The Beatles cover)

I Wanna Be Your Man
(The Beatles cover)

With a Little Help From My Friends
(The Beatles cover)