Under The Sun: Three humble heroes

When did you arrive at the fire?

In the early hours of October 14. My strike team from Squaw Valley had been fighting fires in Grass Valley when we got the word to come protect a structure in Sonoma. We arrived in the dark, working with just head lamps. It was later that day that I knew it was Buena Vista Winery.

What other areas did you work?

Structure protection for houses from the Nuns fire in the hills above Sonoma, near Hood Mountain, and on Pythian Road.

How did you get into fire fighting?

It’s a dream job. My dad was a fire fighter. I majored in sociology at UC Santa Cruz. As part of doing social work with children, I got my EMT. From that I went to the Fire Academy, and then paramedic school. Three years ago I got my first job with CalFire.

What are the challenges of being a woman fire fighter?

It’s like being with a bunch of brothers. Annoying sometimes, but ultimately we all care about each other like family.

Did you feel you had to prove yourself ?

At first, yes. You’re 15 hours into it, you’re tired, hungry, dirty, covered in poison oak, but you want them to know they can depend on you.

Was this fire different for you?

This was the first fire when I knew people and places. And it was such a devastating wildfire, people running through firestorms in the night. With that kind of devastation, and such an impulse for everyone to help, it’s almost like a privilege to be able to help. We would do it for free. 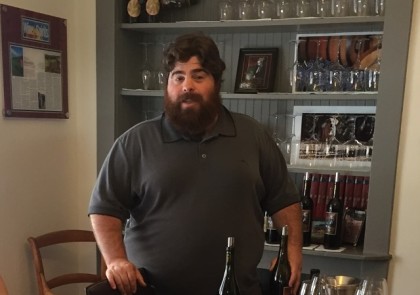 Your Facebook posts during the fire gave the best information anyone could find. People still in the Valley, evacuated people, and friends all over the country were following you.

I truly stood on the shoulders of giants – the people who as professional or volunteers were fighting the fires. And I used the network of connections that has been created by my dad’s vineyard work throughout the Valley for the last thirty years.

From your perspective as a chronicler of the fire, what did you observe?

The most important thing I want to say is that two industries, often maligned, are responsible for saving the town of Sonoma. The vineyard industry and the construction industry. Especially Serres Construction. We knew our property, the terrain. The ground breaks they built saved Sonoma.

Anything else you observed?

Everyone did what they had to do, and what they do best. The chefs did such a good job feeding the first responders that they are calling this the “ten-pound fire”! 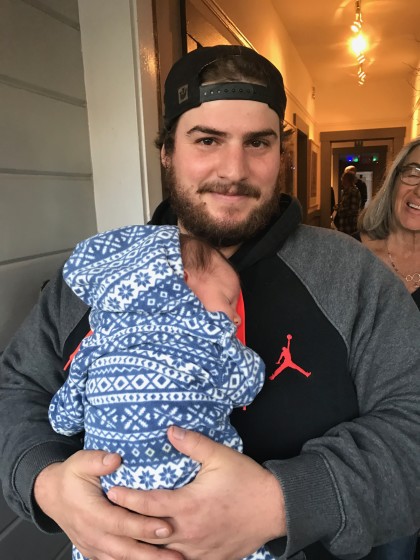 I’ve heard you were a firefighter

I am not a volunteer firefighter, I did not work tirelessly on the line like they did. But my wife, who had taken refuge in Petaluma with our two little children, said, “This was the shortest but longest ten days of our lives.” I kept checking everybody’s house from the top of Norrbom to the bottom. I got a CalFire number to go up there, and took the water wagon, wetting things down. Digging. There was no power, no pumps. When I was going to feed and water our neighbor’s chickens on Thursday, I saw the fire had jumped the firebreak at the creek and was at his house. I used the water to put it out.

On Wednesday we helped Cal Fire locate the firebreak that another shift had cut the day before. It had been lost. I grew up playing on these hills, so my buddy and I helped them find it.

About the people who helped, my buddies, my co-workers. I kept saying as it was going on: “This is family shit. Them putting their necks out for us makes them family. Not friends, not co-workers, family.”