Between a hill and a hard place; more School District news; chicken anarchy and more

The saga of a residential development on a prominent Sonoma hillside — three luxury homes, and associated tree removal, approved by the Planning Commission but now appealed to the City Council — is a real cliffhanger. The council started the debate on March 1, but adjourned the marathon meeting without a vote… The acorn of the now oak-sized drama took root years ago, when Dan Takasugi, then the Public Works Director, took two administrative actions. One, he allowed a lot-line adjustment which changed the size and dimensions of two lots. Two, he accepted a certificate of compliance recognizing the General Vallejo-era subdivision as legally sufficient. Here’s the problem: both of these actions could have been appealed by the public within 90-days, but the public was never notified. Nothing was posted on the City’s website, nor were the actions announced at any public meeting, or on any agenda. For all intents and purposes, this kept the actions secret, and the 90-day window for any appeal passed without any public awareness… The only issue that came before the public was the City giving up its legal easement to a water tank on the hillside, without any financial compensation. 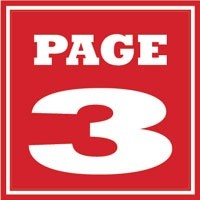 The cash-strapped Sonoma Valley School District has cut its number of teacher cuts. First proposed was the elimination of 24 teaching jobs. That number is now 17… Down the hall, Loyal Carlon has left his job as the district’s director of human resources. He had already extended his always-temporary role, reads the memo. Carlon had been called out of retirement to “a time-worn familiarity with the complexities of human resources in a government bureaucracy.” Also exiting, as the district “moves towards more focused operations with a smaller administrative footprint” is Nikarre Redcoff, director of student services. The changes mean almost a complete slate of new high-level faces on district admin staff since Superintendent Louann Carlomagno resigned 10 months ago, right before the district’s financial woes came to light. Wonders Bob Edwards: “With teacher layoffs, a parent rebellion (re: honors English classes) and no new superintendent in sight, every Valley parent and voter who values education will soon be demanding to know: When will the new all-weather turf, lighted stadium be completed.”

To the owners of the chickens running around near Cherry and Railroad, beware the neighbor that says your fowl are digging up yards and destroying a vegetable garden. Reads the post: “Patience is running low, and chicken dinner looking more likely.”

Historian Richard Schwartz will discuss “The Man Who Lit Lady Liberty” on March 10 (page 25) but meanwhile sends the reminder that M. B. Curtis (prominent actor, hotelier and society figure, circa 1880), stepped in to fund the lighting of the Statue of Liberty in 1886 when Congress refused to pay for it. “What makes this story so timely,” Schwartz says, “is that Curtis was an immigrant. And he was a minority. He was also the first Jewish male to be allowed to portray a Jewish theatrical character onstage in American history.”

The target reopen date for Murphy’s Irish Pub is, of course, St. Patrick’s Day. The venerable tavern is under new ownership, and getting a spruce-up. Dermot Coll, one of four new owners (all with Irish blood and/or experience running a pub), says there was never any thought of changing the name. “It will always be Murphy’s.” As for the remodel, “When you have a pub like this, you have to give it some love, right from the heart.”

Musing over the recent Larry Barnet column titled “Are you being too hard on yourself,” Richard VandenBrul says, in a word, no. “I have been rewarding myself for being a wonderful husband, father and grandfather by drinking better wine — out with two buck chuck!

Send your items to [email protected]