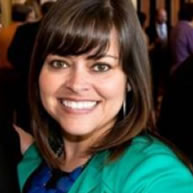 The hiring of Socorro Shiels as the new superintendent of the Sonoma Valley Unified School District, already approved by a unanimous vote, will be formalized at the April 17 board meeting. Britta Johnson, president of SVUSD Board of Trustees, says Sheils, among other attributes, “has already demonstrated great humility, empathy and an earnest willingness to work collaboratively and cooperatively with our Unions, parents, administration and community.” But Renea Magnani, president of the Valley of the Moon Teachers Association, has concerns. “After reviewing records from the candidate’s last employment as a superintendent, the executive board of the VMTA is compelled to express serious reservations.” After the two spoke by phone, Magnani was more positive. “She desires to understand our concerns and work together, and has ideas for doing so that are collaborative and collegial.” That’s the schoolyard spirit — play nice!

The Sonoma City Council will hear the appeal April 9 of the Planning Commission’s OK of three eastside homes. The appellants say the hillside structures “violate the development code, are hugely unpopular” and the result of “backroom deals.” On the other side, owner Bill Jasper has his supporters, some of whom will gather for a pre-council schmooze at the Swiss Hotel. Then its off to chambers to “let our officials know that we will not allow frivolous appeals to stop Bill’s right to build,” according to an evite to the affair… One passionate supporter of the three-home development is Ed Routhier of Caymus Builders, who according to public records appears to be one the owners. Lawyers for the project have implied legal action against the city if the deal is ultimately denied… Meanwhile they and

Routhier must contend with a trademark infringement lawsuit filed against the builder by Caymus Vineyards of Napa Valley. The winery, trademarked in 1994, charges that the Caymus Builders LLC has continued to use the name despite repeated objections. The defendants reportedly posted signs near Napa and Sonoma vineyards after the October fires — signs that “will likely cause confusion, mistake, or deception,” according to the complaint. So much for pouring Caymus wine at the pre-appeal party. 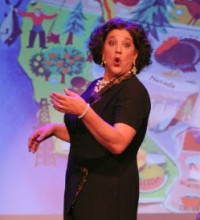 From Sonoma Arts Live comes word that Daniela Innocenti Beem, who played Madame Rose in last summer’s production of “Gypsy,” won the San Francisco Bay Area Theater Critics Circle award for Best Actress in a musical. Two other SAL productions earned nominations: “Ann,” for Best Solo Production and Ellen Toscano, from “Evita” as Best Principal Actresses in a Musical. “As you often hear at award ceremonies, it truly is an honor just to be nominated,” said Executive Artistic Director Jaime Love. “To win, now that’s the icing on the cake.” Beem, whose brassy, bravura performance put the broad into Broadway, will return in September as the lead in, what else, “Hello Dolly.”

As for music, in past years the event calendar would by now have featured concerts by world-class classical talents such as Alexander String Quartet, Anastasia Dedik or Sonoma’s own Nigel Armstrong. Alas, cue the requiem – the Sonoma Classical Music Society, presenter of 4-5 shows a year since 2005, is no more. Crowds that once numbered 250 last year dwindled to 75 or so. Secondly, says John Coulston, “we were unable to attract new Board members. Significant effort is required to plan and execute five concerts a year, and with no new blood on the board, and young blood at that, we couldn’t see how we could continue.” Like the high note in a violin solo, it was just too hard to sustain.