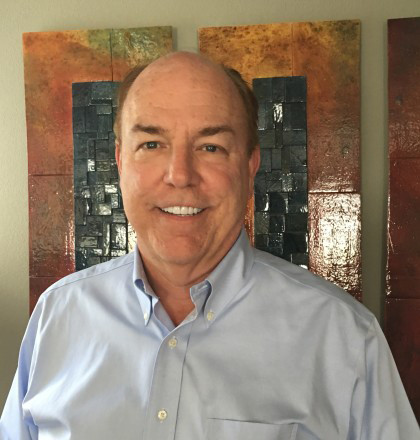 Where did you grow up, Byron?

I grew up in Jacksonville, Florida, the third of three children of working parents. I hated Jacksonville, and in 1968 when I was fourteen, though I looked older, I began working at my aunt and uncle’s 24-hour diner in Daytona Beach. It was over an hour away, but I liked working there. After high school graduation, I moved to Daytona Beach and covered the 8pm to 4am shift at the diner.

Well, between Daytona’s dog racing tracks, Jai alai matches and the late night bar crowd that came in at 2:15 am it was pretty wild. We served no alcohol at the diner, by the way.

Yet here you are an investment advisor.

I went to Junior college in Jacksonville but later transferred to Cornell University in Ithaca, New York. My diner experience and then later catering and hospitality management after graduating from Cornell was not what I wanted to do long term. I became a mortgage broker. At the age of thirty-two I decided to change career paths to become a certified financial planner and accredited investment fiduciary; I have done that ever since.

What brought you to the California?

My husband lived and worked in New York–he’s a hair stylist and color correction expert. We decided to give San Francisco a try and moved there in 1987. I’m a Florida boy and San Francisco was terribly cold. We’d come up to the wine country, love the weather, fell in love with Sonoma, and eventually decided to look for a place to buy; that took us four years. Eventually, we bought a house in the hills behind the Gundlach-Bundshuh winery in 2010.

Where the fires were?

Yes. We were unbelievably lucky. The house did not burn down, but the grass and brush around three sides of the house was all blackened. We evacuated, of course, and thought we would stay in a rental property we’d bought in Glen Ellen until after the fire; ironically, our Glen Ellen property burned down.

You’ve recently taken the reins as President of the Rotary Club?

Yes. We meet for lunch every week at Ramekins and have about 89 members. There is a Rotary Club that meets for breakfast, but it’s a separate club. Our club costs $1,600/year (includes lunch cost) which is a considerable membership fee, and the other club is somewhat less.

Rotary has quite an impressive history here in Sonoma.

That’s true. We used to hold two major events each year, but recently decided to limit it to one major event yearly, our St. Patrick’s Day charity event. We raise a lot of money and that enables us to help fund local non-profits. Generally members invite guests to come to lunch with us, but anyone wanting to come can pay for lunch and join us. We also hold small events at various locations we call Rotary Revelry. Members, guests, spouses and friends are all welcome. We’re also networking with other organizations doing good in the community.

How do nonprofits get grants?

Applications are accepted from March – October. Our grants committee reviews the applications and makes the grant decisions. I expect this year grants will total around $100,000. More information is at www.sonomarotary.com.