‘Locked In’ author on the will to survive – and triumph 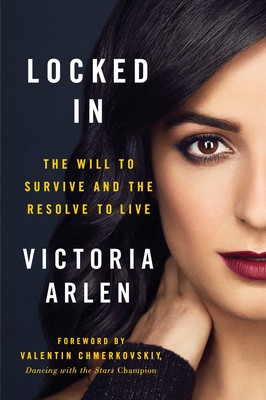 by Laura Zimmerman | For The Sun

Victoria Arlen has faced many steep mountains in her life, most of them without the use of her legs. Today 24-year-old Arlen is a well-known ESPN anchor and reporter, who also achieved fame as a semi-finalist on Dancing with the Stars, and won Gold as a swimmer in the Paralympics. 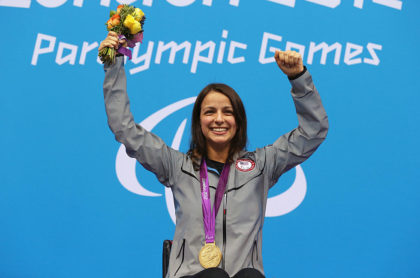 But those accomplishments pale in comparison to her miraculous and arduous recovery from a severe combination of two neurological disorders that struck when she was just 11 years old, leaving her mostly paralyzed, and unable to speak, eat, or talk. Arlen spent four years locked in a vegetative state, suffering chronic seizures and yet hearing every word her doctors said, as they wrote her off as a lost cause.

Her incredible will to live, and to break through the limitations of her physical struggles, have made Arlen an inspiration to many others. Even today, she must continually work hard to maintain the use of her legs, and overcome the constant numbness that remains.

Arlen and her mother Jacqueline Arlen will appear as the featured guests of the Sonoma Speaker Series on Monday, March 4, at the Hanna Boys Center Auditorium. The event begins at 7 p.m., and tickets are available at Sonomaspeakerseries.com.

Arlen’s will to live, to swim, to dance, and to seek a full recovery led her to recount her entire experience in a book Locked In. She admits that reliving those locked-in years was far more painful than expected, including what she recalls as often cruel and abusive treatment by medical professionals who felt her condition was psychological rather than neurological. 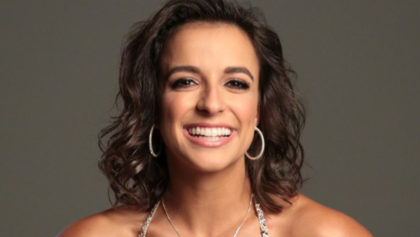 “Even if the nurses and doctors here are convinced that their rough, cruel methods are helping me,” she recounts. “I have to say that unkindness never makes things better. And even if my sickness was psychological, how would inflicting pain make me better?”

Arlen only emerged from her vegetative state following a change in medicine, which paused her continuous seizures and led to her “waking up.”  She then spent 10 years in a wheelchair, never expecting to be able to walk, let alone dance, again.

Arlen began swimming as a part of her recovery effort. Her competitive spirit kicked in, and she ultimately qualified for the 2012 London Paralympic Games, where she won a Gold Medal and three Silver Medals, and broke a world record.

That experience led her to an exciting, unexpected career as a sports commentator for ESPN, which sends  her traveling the world to cover the XGames, Invictus Games, and the Special Olympics; she also appears on Sports Center.

Her determination to try to regain her ability to walk led Arlen to Project Walk in San Diego California. When she told her trainer that she dreamed of being the first person in a wheelchair to compete on Dancing with Stars, he asked her, “Why not do it on your feet?”

Born a triplet, and the only girl in a family of four children, Arlen is deeply aware of the way her family’s non-stop support, humor, and faith enabled her to recover and dream big dreams. She carries vivid memories of their care for her during the worst phases of her illness.

Where does her inner strength come from, and how did she never give up while locked inside her own body for so long? Arlen believes she can help others overcome life’s darkest struggles using her unique perspective, and even has gratitude for the challenges she has faced. “I would like not to have suffered so much,” she admits. “But then again, extraordinary challenges and pain can lead to extraordinary experiences, and an extraordinary life.”