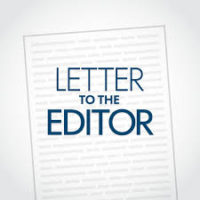 EDITOR: This letter is a rebuttal to Will Shonbrun’s letter. Mr. Shonbrun is, as usual, promoting a socialist utopia by expressing the need for absolute government interference in business!

Government does have a necessary role in some aspects of our personal and business lives. California government is excessively invasive in both areas. As an example, why is it government finds it in the best interest of “the people” to monitor my privately funded and privately maintained, on private property, water well? It doesn’t belong to “the people,” it belongs to the private property owner or business! Why is it that government takes 18 months to issue a use permit for a business to operate? Business can’t wait 18 months to expand or relocate to a larger facility, to provide more jobs and more tax revenue!

These are just two examples of what business has to put up with in dealing with invasive government control. For what? For the “people”? I don’t think so. It’s all about “control”!

Progressive (socialist) government wants to control, as absolutely as they can, both business and the people.

The result is that over the past 20 years, 1,000 business per year have left California, and this exodus continues! Those businesses provided middle class manufacturing jobs that can be done anywhere in the USA or even China, where many have gone. What’s left are local businesses and service industries that simply raise their prices in concert with their competitors to meet the demands of government.

The march toward a $15 “living wage” is an example of government trying to socially and economically engineer the business community. Interestingly, a living wage in Sonoma is $35 an hour. Most businesses simply cannot stay in business, if they had to pay that kind of wage for a non-skilled, inexperienced worker. Progressives will not stop at $15 an hour!

The net result is that those businesses who chose to be here, but can operate elsewhere, move! That is why, after 87 years in California and 70 years in Sonoma Valley, Price Pump is moving to a business friendly state, Idaho. It’s not only business friendly, it’s employee friendly! To make that point over half of our employees are relocating with us! Many, who could not afford to buy a home here, have already purchased homes in our new location.

Mr. Shonbrun’s and his friends,’ progressive (socialist) ideals and imposed actions are destroying this state, In fact, it may already be too late to recover. California has $2 trillion in debt and is taking more on with social entitlements, such as “free” healthcare for all. It’s sanctuary city policy and legalized recreational cannabis are placing an undue liability on business, which it would take too long to explain here. I’m not sure socialists would get it anyway. You could look to Puerto Rico and Venezuela as a peek into California’s future.

The first three moving trucks left Saturday for our new location in Idaho. Thirty-six well-paying jobs, with full benefits, will be leaving with them before the month is over. This business and jobs exodus will continue and intensify, as you elect more and more socialists to government.

Wake up California, perhaps you should listen to the David Cook’s rather than the Alexandria Ocasio-Cortez’s in government!