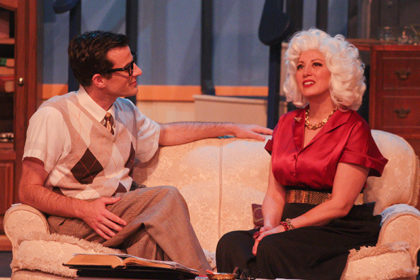 Tales backdropped by shady politics, graft, and adultery are, alas, timely in any era. But with his 1947 hit Born Yesterday, playwright Garson Kanin added the twist of comedy with a screwball touch, nailed on Broadway (and later, in the film) by Judy Holliday.

The Sonoma Arts Live production, here through May 12, features the deft Melissa Claire in the lead role. Though she portrays the mistress of a shady bigwig, she remains somehow naive; she’s uneducated, but unapologetic. Brash but earnest.

It’s a juicy part — Holliday won an Oscar for it. Claire seems a perfect fit. She was a Marquee Theater Journalists Association Award winner for Becky’s New Car, a part that also called for ditz with depth.

Plot-wise, a corrupt tycoon (Ken Bacon) tries to buy some respectability and sophistication for his girlfriend. Worried that she will embarrass him during a lobbying (bribing) trip to Washington, she hires a political reporter (David Abrams) to school her on the art of the political schmooze. 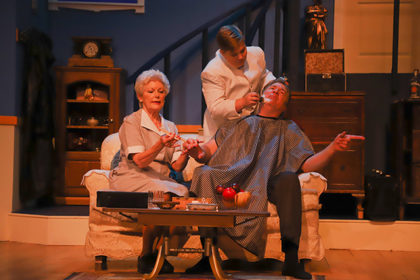 “Though the author uses this goofy, screwball comedy as a cautionary tale, Born Yesterday is actually a Pygmalion story of a woman’s transformation, awakening and empowerment,” remarks Director Carl Jordan.

The challenge for Jordan, who directed Claire in Becky’s New Car, is to create real and complex human beings onstage.

“It’s really easy with this type of production – a screwball comedy – to create caricatures of these people,” he says. “I want them to be real, with real foibles, joys and transformations.” 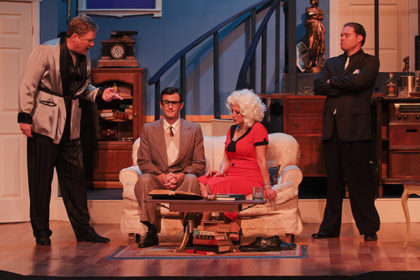 The cast of this classic includes Dan Monez as Senator Hodges, Richard Kerrigan as Devery, Matt Farrell as Eddie, Kim Williams as Mrs. Hodges, RoyAnne Florence as Helen and the manicurist, Cooper Bingham as bellhop, Richard Thompson as Assistant Hotel Manager, and August Rinehart as Barber.

“I believe the time is right for a new generation to appreciate the colorful beauty of Born Yesterday,” says Jordan. “This incredibly powerful yet wonderfully funny play is a work of art.” 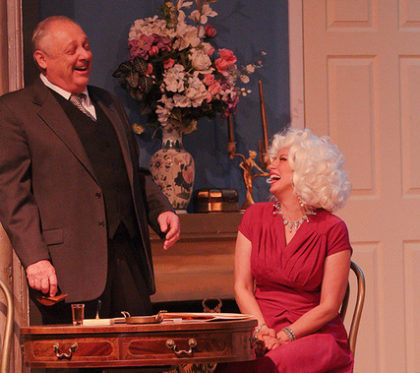 Subsequent shows are Thursday, Friday and Saturday evenings at 7:30 p.m. and Sunday matinees at 2 p.m.