Under the Sun: Mary McDevitt, M.D. 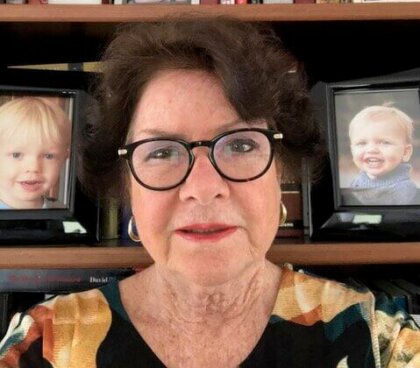 The retired medical professional, now a strong advocate for single payer health care, talks about her cause and career with The Sun’s Anna Pier.

You organized the February 6 Flowery to the Plaza Car Caravan for single payer health care in California. Who were your collaborators?

The main one was the CNA, California Nurses Association. The local Democratic group also participated, although they did not officially sponsor it. That day there were caravans in 23 cities all over the state.

As a medical professional, when did you start to support single payer?

Not really until I retired in 2009 and moved to Sonoma. I had been too busy in my jobs as medical director, first in San Jose and then at Marin General, to become involved as an advocate of single payer health care. But near the end of my career I started to see the need for a national health system.

Did you always want to be a doctor?

No, not as a child. In fact, my last year of high school in Philadelphia, I was enrolled in a secretarial course. Then I enrolled in Mercy Junior College in a two-year program for medical secretaries. I started taking chemistry and other science courses, and one of the nuns teaching there noticed how interested I was in science.  She encouraged me to become a doctor. I went to night school and eventually graduated with the M.D. degree from Women’s Medical College of Pennsylvania. By the way, WMCP, founded in 1850, was the second institution in the country to train women to earn the MD.

Where did you finish your training?

I interned at University Hospital in Seattle, then started residency in WMCP. But another med student encouraged me to join her to finish at Mt. Zion in San Francisco. I became chief resident there, in internal medicine with a pulmonary specialty.

How did you decide on your field?

I was influenced in my high school years by a visit to a dying friend of my father’s in hospital. He had emphysema and was on a respirator. That really made an impression.

Tell me about your work in the field, at the height of the AIDS crisis

I was covering for a pulmonary colleague at Ralph K. Davies Medical Center on the edge of the Castro. There were so many pulmonary patients, people with pneumonia, dying. There was no treatment then. It was tragic.

What was your next career move?

This was in the era when managed care programs were becoming popular. There were so many programs that having a practice entailed hiring a full-time person just to do billing. I decided instead to take the opportunity to become Medical Director of the San Jose Medical Center. This is an administrative position to assist the organized medical staff to perform their functions of credentialing new members, and to review and improve the quality of care provided at the hospital. I was there for nine years.

I was hired as Medical Director for Marin General. I was there from 1995 till my retirement.  At the time it was a District hospital, and eventually bought by Sutter. In my last three years I worked in the Sutter SF office developing a system for electronic medical records.  I knew Kaiser was also working to develop such a system, and using the same company Sutter was using, but we couldn’t share our work. This was a clear reason that we needed a national health system. I had also seen that both Sutter and Kaiser were developing stroke intervention programs but again, they couldn’t share their work or collaborate.  Another reason for a national health system.

How did you first get involved as an activist for single payer health care?

After I retired I joined Physicians for a National Health Program. Over 20,000 physicians nationwide are in the group that support a single payer system. Many medical students are part of it too.

What do you want to tell our readers?

The private insurance companies will bankrupt the Medicare Trust Fund, because of how the Advantage programs are structured. I believe health is a public good, not a commodity. During Covid, insurance companies have been making enormous profits because there is so little elective surgery.

Well, Governor Newsom campaigned as a supporter of single payer in the state, which is the fifth largest economy in the world.  We can afford a single payer system. CalCare is a campaign to adopt a Single-Payer Healthcare System for the state. As Sonoma Councilman Jack Ding said during the event in the Plaza after the caravan, at the next City Council meeting the four sitting councilmembers will approve our Resolution in Support of Single Payer for the state. Ding said, “We can’t decide state policy, but we are a voice.”

How do you think we can accomplish having single payer in  California?

Lobbying the governor and all our state representatives. The road may be long and hard, but we can do it. As I said in my remarks at the Plaza after the Caravan, remember what Franklin Roosevelt told someone who was talking to him, advocating for a program that fits with the New Deal.  “I agree with you, now go out and make me do it!”