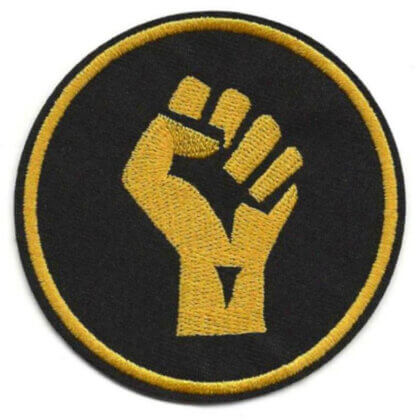 I’m unhappy about the number of times I hear the word “fight” invoked in political discourse from representatives on both sides of the aisle. “I will fight for you” has become standard fare for politicians seeking public support, along with “fighting for legislation,” “fighting for your rights,” and “fighting against” this or that. It prompts the question: why is the concept of fighting so attractive to Americans?

I suppose part of the answer lies in the simplistic view of American history, namely that our democratic country was established through violent revolution and has survived through centuries of warfare. The elevation of military prowess to a virtue has buttressed our love of fighting, buried as it is within justifications about protecting liberty and defending justice; our love of guns is no coincidence. In considering the defeating of Nazi Germany and Japan in World War Two, such justifications are reasonable; when it comes to the Vietnam War and military adventure in the Middle East, such justifications fail.

Overall, nationalism has relied on fighting as a necessary ingredient. Great Britain, for example, has been at war or occupied 171 of the 192 nations of the world. America maintains hundreds of military bases around the world. The ideas of toughness and fighting are conflated with each other and are considered the conjoined twins of nation-building. Whether from the bottom up or the top down, fighting seems central to national identity. Both Gandhi and Martin Luther King proved, however, that toughness need not mean fighting.

We’ve accepted a distortion of Darwinism, (Darwin never used the phrase “survival of the fittest,”) and have come to accept that only people who fight for survival will succeed. This meme fuels the aggressive and predatory capitalism destroying our planet. It is trust and cooperation that ensures human success, however, establishing a social order wherein all members of society find value and can participate. Of all organizational approaches, relying on physical force is the most primitive and destructive; in the end it always fails.

The idea of strength – the power of physical force – sits behind fighting, and as we witnessed in the January 6th attack on the Capitol building in Washington, D.C., the need to fight was taken literally by an enraged mob incited by Donald Trump. Trump loves the word “fight” and used it frequently during his incitement of the mob. In his mind, and the mind of many, the opposite of being a fighter is being a weakling. To my mind, the opposite of being a “fighter” is a “lover.”

More than ever, America needs loving right now, not fighting. I’m not talking about the mindlessly sentimental “let’s all get along” sort of love; rather, I’m talking about the tougher love of understanding that we are one global human family on an increasingly vulnerable planet and need to take care of each other and our environment with all the tough love we can muster, or we’re doomed. All families have conflict, disagreements and struggles, but endless fighting rips families apart, it does not bring them together. The way we use language plays a role.

I greatly prefer other terms for the ways in which political effort can be made. Instead of “fight” I find “struggle, exert, defend, work, strive, endeavor, aspire,” and “advocate” much better and far more positive. I’m tired of all the fighting, and I think I share that feeling with many.